My partner Jiahao Zhao and I designed, built, debugged, and finished this project in only six days!

My partner Jiahao Zhao and I designed, built, debugged, and finished this project in only six days! 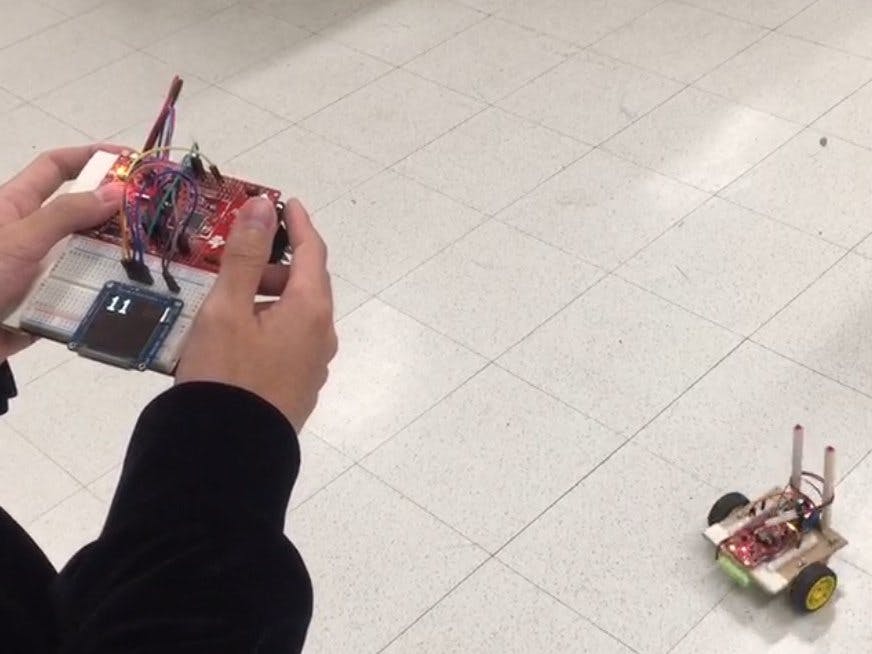 The robot stand on two lined wheels, and we tend to fall and lose its verticality. The movement of the wheel in the direction of the falling rises the robot for recover the vertical position. The car attempts to correct for an induced lean angle by moving forward or backwards, and the goal is to return itself to vertical. The car also detect the surrounding temperature and send to the Amazon AWS IOT, then we use the remote to get the temperature data from Amazon AWS IOT.

ENA enable IN1 IN2 to control OUT1 OUT2

ENB enable IN3 IN4 to control OUT3 OUT4

With EMC, it has an anti-interference ability Operating Voltage: 3V ~ 6V DC

During the experiment, we have built three structures and finally developed a desired structure.

The first one we built has an inclined angle in horizontal. We try to make the car keep balancing itself with this angle, but it is too hard to implement control. The reason may be that the weight is unevenly distributed.

The second structure has two stages. The first stage is used to place battery and H-bridge. The CC3200 is placed on the second stage. The advantage of this design is that weight is even distributed through the whole structure and there is a higher sensitivity to inclination in order to give the launchpad more time to proceed. However, the disadvantage is that our motor is not powerful enough to balance the car on time.

We have found that keeping the center of gravity lower will make the rover less sensible to the oscillation. Therefore, we built the √third structure. Moreover, keeping the rover’s weight equally distributed helps the motors adjust the rover’s position quickly.

After taking the NETCAR senior project. We get familiar with PID control which is very useful for linear adjustment. At first, the car could stand with only the raw adjustment but it shaked fiercely and would fall into one direction at the end.

With derivative parameter, Kd, the speed of the motors are proportional to the derivative of rover’s axial tilt.

With derivative parameter, Ki, the speed of the motors are proportional to the integral of rover’s axial tilt.

With proper proportional, derivative, and integral terms, we can build a stable self-balancing system that reacts to falling very effectively.

During experiment, we found the values read from CC3200’s accelerometer were much smaller than expected values that can update PWM duty cycle effectively. As a result, we used relatively larger Kp in order to restore balancing position quickly.

Self balancing after falling:

We set a counter and add 1 in every loop. When the car is fall into one direction and keep moving( >29 or <-29), the counter add 10 per cycle. Overall, we determine when the car should bounce back after 10000 counts.

We are analyzing the buffer’s data in the http_get() function.

Here is the httpget function for the remote. When the buffer has the keywords of what we set, for example: "TEM", it started to get data "11" from Amazon AWS IOT server.

Overall, the performance of the rover also meets our expectation. With the control of the remote, it can go forward and backward. It can rotates and change its direction freely. The thermal data will be sent to the remote and displayed on the OLED. 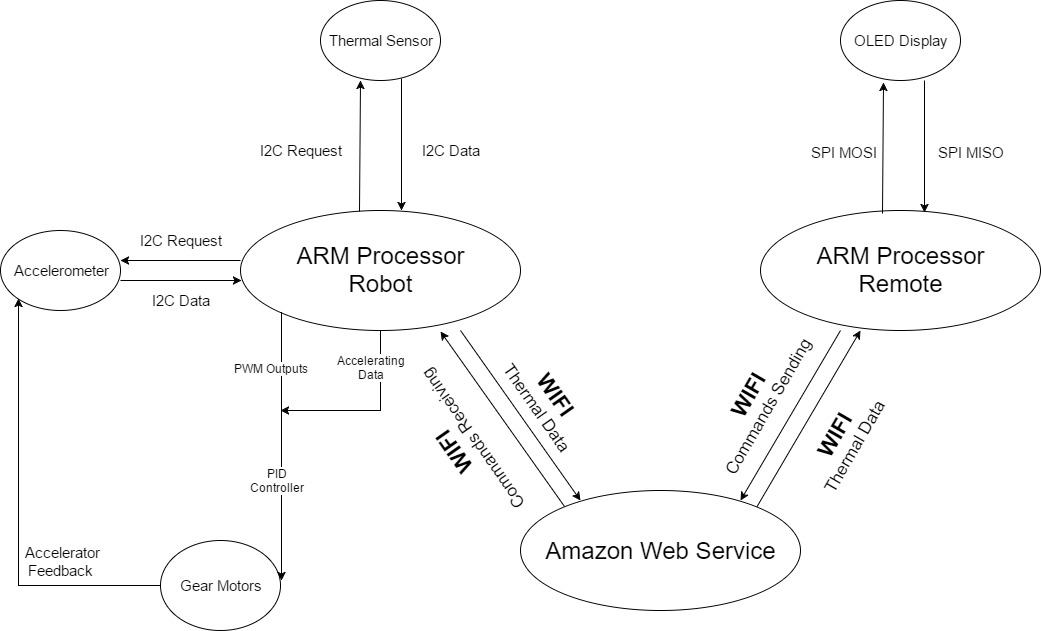