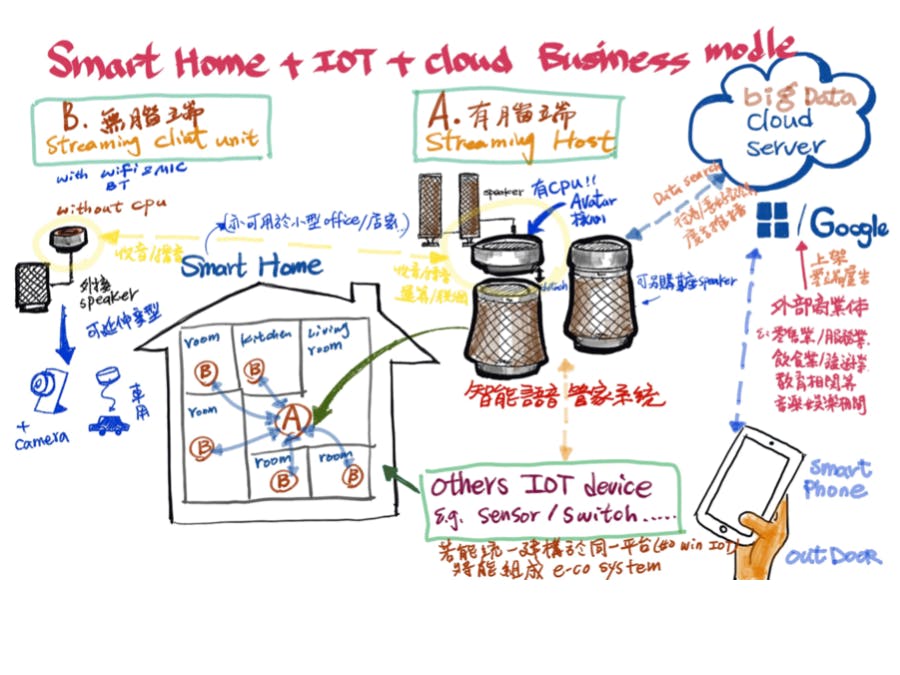 This SPO provides hardware/software introduction as Qualcomm APQ8009 for IoT/IoE product development reference. SmartSpeaker connect with Service provider (GoogleNow) and transfer online information/concept which come from the customer; it plays songs via WiFi/Bluetooth and recognises long-distance voice commands by mounting a voice recognition engine. It also enables IoT device operation by voice and transmits alarm messages with light or sound via WiFi and Bluetooth.

Far-field keyword sporting can be supported by Qualcomm SVA. The requirement for support is “Beamforming”. Currently APQ8009 could support 4 mics and Qualcomm’s Beamforming performs very well for far-field voice input with only 3 mics; in case the customer insists on 4 mics, Qualcomm could support 3rd party Beamforming algorithm through porting to APQ8009 QDSP6 via OpenDSP.

The hardware board executes Qualcomm WCD9326 with audio codec and it supports 4 microphones, but actually it works with 3 microphones by the one time scan & noise cancellation.

Here’s the information with microphone placement guidelines from Qualcomm document:

a. Qualcomm recommend placing the microphone array on the top surface of the device.

b. Qualcomm recommend aflat top surface for placing the microphones.

c. If the top surface is tilted, an elevation of up to 15 degrees can be tolerated

e. The loud speaker should be placed far away (as far as possible) from the microphone array to minimize acoustic echo coupling.

f. The loud speaker should also be well sealed and electrically/mechanically well isolated from the microphones to minimize internal coupling of echo through the body of the device.

-> Separate each microphone with voice inout and only mic1 have the data.

-> Separate each microphone with voice inout and only mic2 have the data.

-> Separate each microphone with voice inout and only mic3 have the data.

-> Separate each microphone with voice inout and only mic4 have the data.