This is a line following robot with vaccum cleaning capabilities. This project explains how to build it using Arduino and also NodeMCU.

How to Make vaccum cleaning Robot From Scratch

How to Make vaccum cleaning Robot From Scratch

This is a line following robot with vaccum cleaning capabilities. This project explains how to build it using Arduino and also NodeMCU. 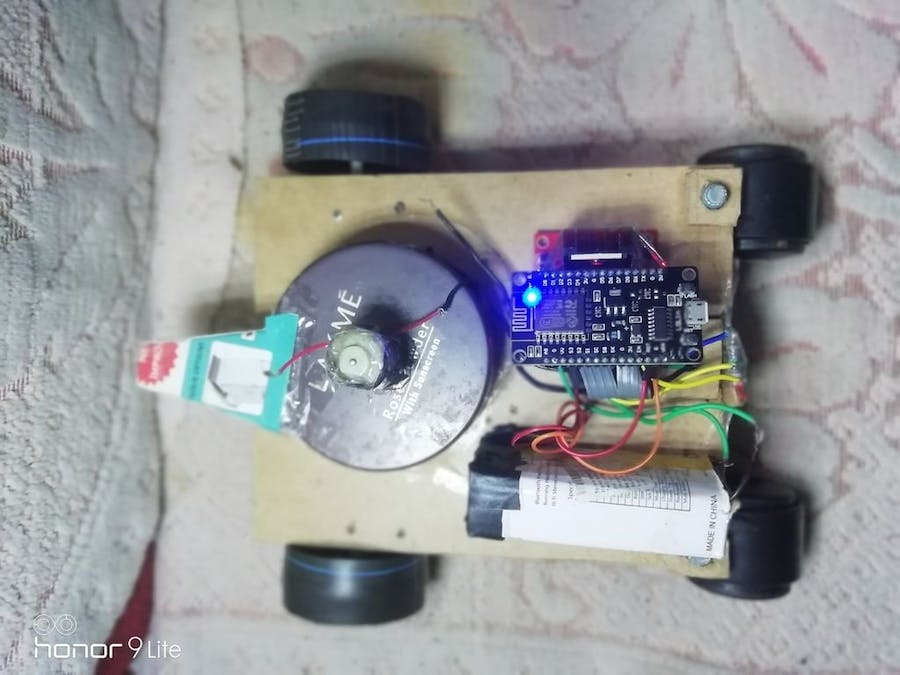 Hi guys i'm Manikant savadatti, today we are going to build a vaccum cleaning robot using house old items. I had built a robot car, I wanted to upgrade it and build something which will help my mom in her house cleaning. Hence, I thought of making a vaccum cleaning robot. To clean the house we have to map the house using algorithms and AI but as this is a project in which we are going to build from scratch we will be making a line following robot which cleans the specific area ( place where track is present).In the next project i'm going to teach you guys how to map the room. (View all my projects in my blog click here to view all

Making vaccum turbine: Watch the images as you read the given points

I have written lot of comments in the code so that even a begineer can understand the code. Just upload the code into Nodemcu / Arduino.You can view this link click here or view my previous projects to know about how to use nodemcu using arduino ide.If you want to control the robot car using mobile instead of line following visit this link( click here) just paste the code of that project instead of the code given below

Visit below site for more engineering projects and ideas