Using OpenCV on Raspberry Pi, Check if somebody's in my parking spot! Use the power of the cloud to notify me.

Using OpenCV on Raspberry Pi, Check if somebody's in my parking spot! Use the power of the cloud to notify me. 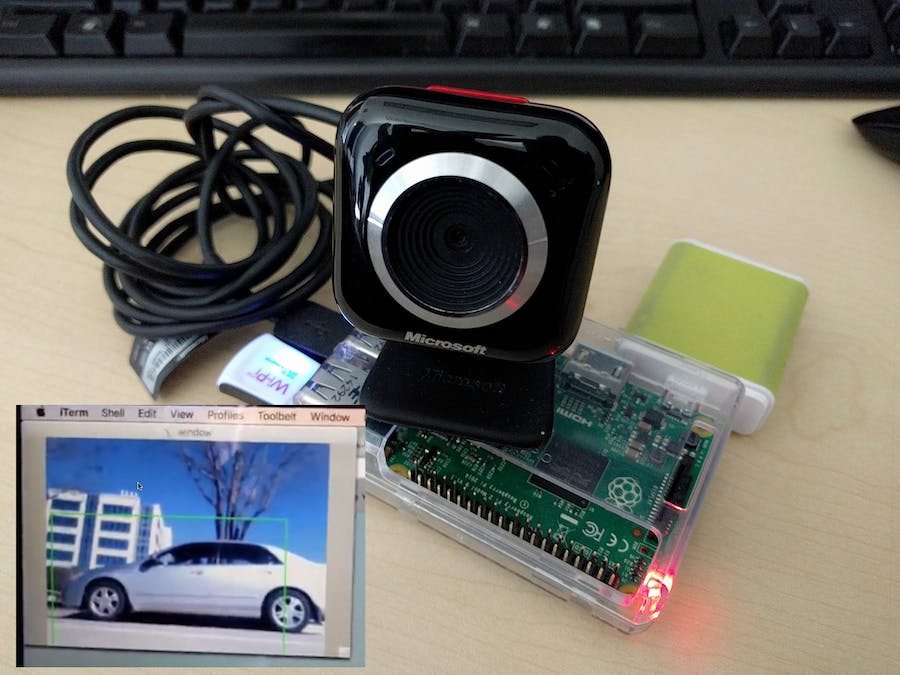 Because this is MY spot. Find yours...

Just kidding! All I want to do is to experiment with OpenCV in Raspberry Pi and make it an IOT device. I've seen a lot of Face Detection algorithms and I found out that there are also other experiments. I found one that can do Car Detection.

Traffic Flow is the study of interactions between vehicles, drivers, pedestrians, cyclists, other travelers and infrastructure (including highways, signage, and traffic control devices), with the aim of understanding and developing an optimal road network with efficient movement of trafficand minimal traffic congestion problems. (From Wikipedia)

But I want something that I can apply to my daily life.. so get off my parking lot... Move along.

And so the journey starts....

In this project we explore a car counter device using:

the best thing here is - it will cost you less than $50 dollars.

IMPORTANT: This Project only works on Raspberry Pi Wheezy distribution.

The instructions here will not work on latest version of Raspberry Pi.

You can download last Wheezy version of Raspbian using this link

Installing NodeJS is not a big deal in Raspberry Pi, but make sure you have the latest version. I followed this from installing Johnny-Five

I installed OpenCV by following this

Make sure you do this before you go to bed because it will take a lot of hours to compile it. Like 9.5 hours or so.

Make sure you install version 2.4, I install OpenCV 3.0 at first and found out that CylonJS uses OpenCV 2.4, so I had to do it twice!

I followed how to install it in Ubuntu even though we're installing this in a Raspbian. Make sure ffmpeg is installed.

If you're having issues with installing cylon-opencv in Raspbian Wheezy, try to install the stable version of NodeJS 4.2.3

I followed the instructions here but I made sure I download the correct version.

and also run these commands

If you want to remotely view the camera, you can use and install

I named the Thing as carcounter.

The sample app is very helpful. Here's the link

Once I got the AWS IOT connected to my raspberry pi, I tried to setup SNS

Here's a good tutorial how to setup AWS SNS

Make sure that you specify that you allow other users to publish message to this topic. or else you'll be scratching your head for hours like I did. I warned you.

Then I created a "car alert" rule, with a condition.

I looked for the SNS Target and Created a new Role. Then clicked Create Rule.

I also tried publishing this to S3, just to save the data.

I followed this tutorial

I updated my rule to point to the s3 bucket

I followed the pattern from cylonJS-OpenCV example

So instead of detecting a face, this cascade file would detect side view of cars.

I merged this code with sample from aws-IOT

At first, I tried running the example on my laptop. I opened two shell window, one is acting as mobile app (value updater), the other acting as a device (update receiver)

it worked! Send update RGB colors from one window, the other receives the updates.

Now I tried it on the Raspberry Pi with a Wifi connection.

It gave me an idea to integrate cylonJS-OpenCV and publish that info to AWS-IOT. Face detection is too common, so I searched a little bit and I found out I can use different HaarsCascade file. Cool! I found one that can detect the sideview of a car.

The idea is this; detect a car from opencv, store the coordinates, width and height into a variable then use AWS-IOT to publish the data in to S3 and SNS. The SNS would email me is somebody parked in my car.

Of course with AWS-IOT, we can easily expand this to have phone notifications and visualization from data stored in S3.

Remember to copy your aws certificates to certs folder, I didn't include mine in the project.

I send the carsDetected and cars variable up to the AWS-IOT.

Eventually, it would populate whenever openCV detects a car.

Eventually, I would receive an email whenever the trigger happens.

Working with openCV is fun, the CylonJS wrapper makes it easy, Since there's AWS-IOT nodeJS support, definitely worth checking out. If you like this types of project and wants to see more, follow me and view my other cool projects. Thanks for the respect. 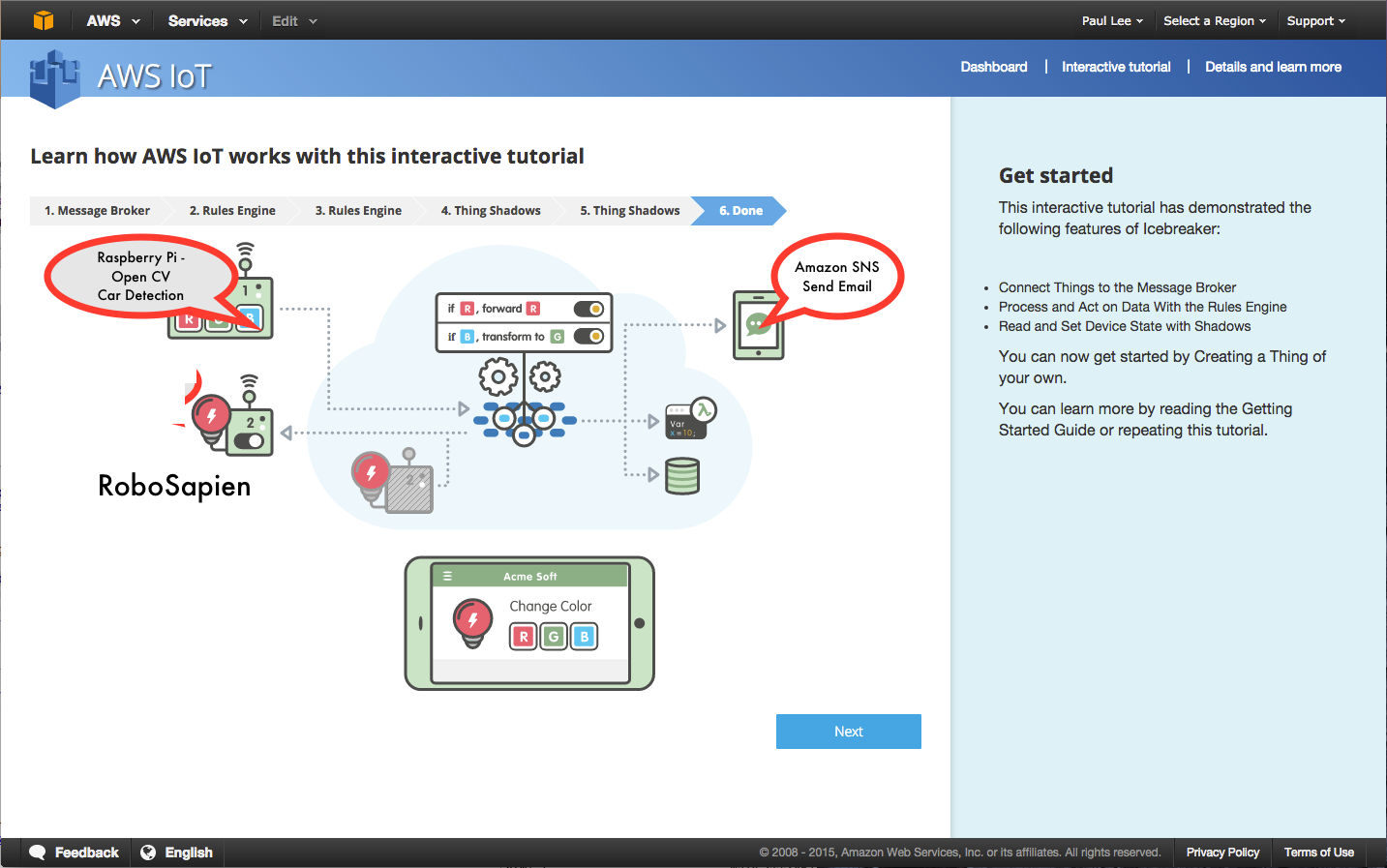