I have purchased each of the Compute Modules but never build or tested them, this time I would get the dual cameras working and then... ?

What Do I Build Next? A Compute 4 Module with IO Board kit

What Do I Build Next? A Compute 4 Module with IO Board kit

I have purchased each of the Compute Modules but never build or tested them, this time I would get the dual cameras working and then... ? 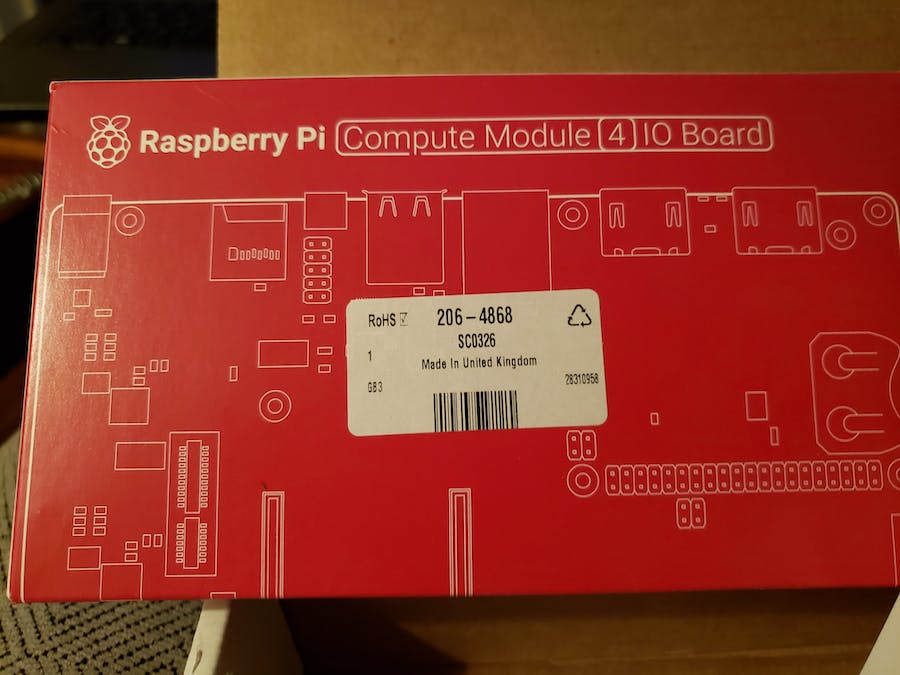 What Do I Build Next? It took awhile for my Compute 4 Module with 8gb ram, Wifi and 32gb eMMC, Compute 4 IO Board and antenna and power adapter to become available and ship from my goto company CANAKIT. I originally ordered them when they were 1st announced in 2020 but the Compute 4 Module with Wifi version that I wanted was the last version made available to the public.

Once again, there are many versions of the CM4 slated, 32 variants (not readily available though) ( https://www.raspberrypi.com/products/compute-module-4/?variant=raspberry-pi-cm4001000 ) main differences are onboard RAM, Wifi, and eMMC flash storage. I must decide if I would be using SD cards again or the limited eMMC flash storage.

Next I needed a case... what company would release a sturdy metal case 1st? The case that I settled for was from Waveshare and purchased on Amazon. While looking on Waveshare's website I noticed that they offered a mini Compute Module 4 IO Board Mini Base Board (B) Designed For Raspberry Pi Compute Module 4 | CM4-IO-BASE-B (waveshare.com) that had a M.2 slot (but no metal case yet).

I continued to return to Waveshare's website and inquired to their marketing group about the lack of sturdy metal cases for their CM4 carrier boards: and now they had two full featured CM4 IO boards.. one without POE and the other with POE. The designs are precisely manufactured to expose either the four USB ports (the non-POE version) or the front side wired Network Jack (the POE version).

I decided to order both metal cases and both CM4 carrier boards, with external antennas and cooling fans with US adapter power plugs. Ordering info with sku's are listed below.

Your asking yourself now " What are you going to build next? ", I originally was going to explore "stereo vision" options since the CM4 supported dual camera's and displays like those of the "StereoPi" ( https://stereopi.com/ and a previous robot build that utilized it, ( https://www.hackster.io/alien-energy-3/what-do-i-build-next-a-stereopi-based-tank-vehicle-e70d69 ). To be portable I need my 12V battery pack.

or maybe a "PiWall" unit ( http://piwall.co.uk/ ) I had previously purchased four HDMI screens, five Raspberry Pi 3B+ and a Monitor stand that would hold the four screens, I even modified my OAK desktop and securely mounted the Monitor stand and setup the four HDMI screens but paused at the design stage because I needed away to attach each screens bezel together to form a uniform/flat screen. I had even began to take bezel measurements that are required for the PIWALL's configuration file so that each displays streamed video would seamlessly flow across each screen and the bezel would appear invisible.

I also needed 5 Raspberry Pi 3B+'s, 1 for each Monitor in the PIWALL configuration and one for the Master Controller. Each RPi would require a separate network connection. So there also was the need for a

Below are pictures for initial PIWALL setup

No, but then WOR ( https://www.worproject.ml/ ) released a version of Windows 10 and then Windows 11 that would install and run on the raspberry pi so I was distracted by that. WOR was in early stages still and many of the Pi's features were not functional or supported yet. Namely the built-in wifi and cameras.

You might ask, why do I do this or where does all this hardware go when I am done "playing"? Unused hardware is stored in boxes by SMC type: RPi, Arduino, Robots, and Work in progress....

1 / 5 • Boxes of hardware/projects in cellar

On display shelf that is buried in corner

Now which box of unused hardware in office has my RPi3B+'s and Picamera's?