I was resistant to building a spider kit that utilized the inexpensive servos and acrylic parts, this kit uses metal components and servos

What Do I Build Next? A SunFounder PiCrawler- 1st spiderbot

What Do I Build Next? A SunFounder PiCrawler- 1st spiderbot

I was resistant to building a spider kit that utilized the inexpensive servos and acrylic parts, this kit uses metal components and servos 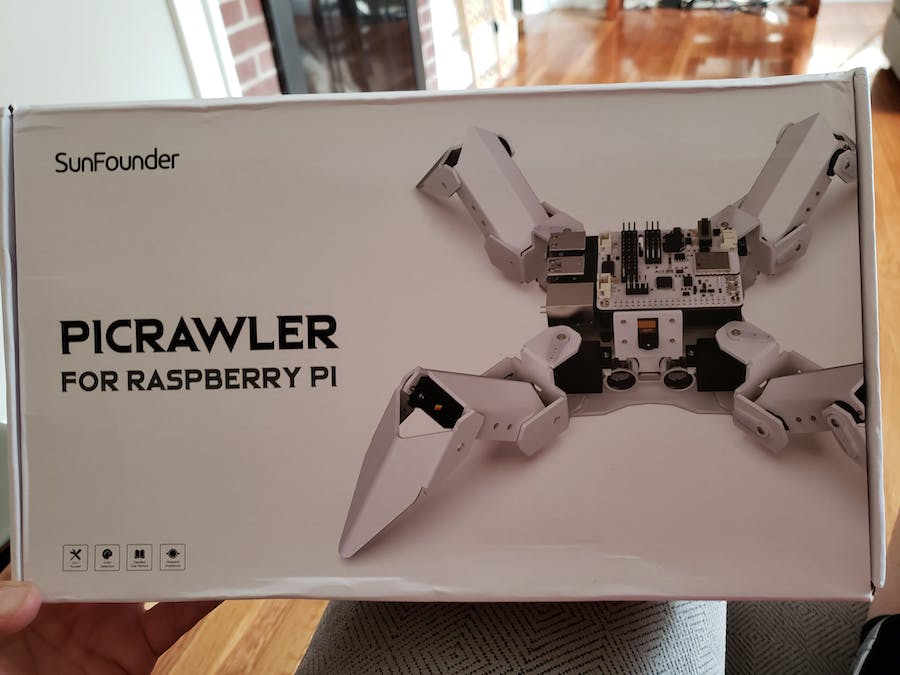 What Do I Build Next? A SunFounder PiCrawler- My 1st four-legged "spiderbot" crawler that uses the Raspberry Pi as its control board. I have seen these types of Spiderbots that were made using acrylic pieces and inexpensive servos. They were also based upon the Arduino Uno or Nano controller boards.

In the beginning of May, I received an email from Sunfounder's Product Experience Officer asking if I would be interested in their NEW product and to provide feedback to their development team. Naturally, I said yes and waited for delivery. Two weeks later it arrived.

I am impressed with the components provided and the quality of packaging. The contents were neatly laid out in laser cut shelves for each selection of hardware.

All body components were stamped metal and were painted in a durable white finish. No imperfections in this paint job. The twelve servos are metal geared for longevity. The kit included a HD Camera module, an Ultrasonic Sensor, the Raspberry Pi version of the Sunfounder Robot Hat and an assembly and usage booklet.

All I needed to supply was two 3.7VDC 18650 Li-ion batteries, a Raspberry Pi, a Micro SD card, and the time to download the required "Picrawler" image and burn it onto the SD card.

The provided documentation did not indicate a preference for either the Raspberry 3, 3B, 3B+ or 4B+ (I chose a 3B+) nor did it indicate the SD card capacity. I used two SanDisk Ultra 16GB microSDHC UHS-1 cards. I have had good luck using these cards as purchased from Amazon.

There were two versions of the "EZBLOCK Studio " software image. Version 2 is supported and requires Bluetooth dongle for Windows PC's and version Beta 3 is a web-based package. I downloaded and tried/used both versions.

This Picrawler can be controlled using the EZBLOCK Studio application on IOS, Android and Windows PCs and tablets. I can only test using a Samsung S9 Android phone and a Windows 10 Professional PC. I can say, that I don't recommend using any cellphone because the EZBLOCK studio app does not size well or at all when trying to view the programming and code examples. There is also an issue with the Windows PC application that is configured for a touchscreened tablet and does not have horizontal and vertical sliders to position content on the screen. The proprietary bluetooth dongle is required because of an issue with the Raspberry Pi's built-in module's MASTER/SLAVE issue.

The user manual is well laid out and assembly steps are easy to follow.

There are twenty-two steps for assembly:

22. Connect All the Servo Cables

The manual did not include a section for cable management, but I decided to cut the included cable curl into four equal lengths and encompass cables to each leg. I later found a picture that showed the encompassment of the front and rear legs together.

Wow, it took me 3 to 4 hours to assemble (i tried to perform some combined assembly steps to save time) and taking pictures also slowed this process.

I also tried both versions of the control software as well as using the python software included for each image. (there is actually two EZBlock versions version 2 and 3.05 and a Web-based BETA version 3)

To run Headless connection (without monitor)

2. the SSH file is just a blank/empty file labelled " SSH" without an extension.

3. Setup of local wifi, SSH connections and localizations for my country and language. First you need to connect a monitor and keyboard to locally boot and configure the OS for remote connections or you can use an "IPSCANNER" utility to scan your network and find the IP ADDRESS of the Picrawler remotely. I used "Advanced IP SCANNER " utility, available at " https://download.advanced-ip-scanner.com/download/files/Advanced_IP_Scanner_2.5.3850.exe ".

4. I then setup a terminal connection using " PuTTy ", available at " https://www.puttygen.com/download-putty ".

Calibration of servos using python before any programming is required, I needed to remove one leg assembly to test my picrawler after all legs curled up beneath body and apparently shorted against ultrasonic sensor? I don't understand if initial calibration positions were set to "0" using P11, how could this happen?

So, as you can tell from my videos, there is an issue with either assembly of leg 4 (right rear assembly away fron camera facing front) and two of its servos (knee and foot) or the robot hat. I have tried to re-position each leg and its servos after starting the calibration.py script. (My first power up and running the calibration.py ), had legs 2 and 4, with their knee and foot servos pointing opposite direction/polarity of legs 1 and 3) as well as these servos running under the body and driving into the exposed battery holder and ultrasonic sensor; this immediately shorted things out and shutdown....

After the initial servo_homing.py script was run during assembly (where did this script disappear to ?) it is not in the example folder as it is supposed to be. Although the assembly guide does indicate that this file would disappear once files are written to it.

Written where? in EZBLOCK studio? or just booting/powering on the PI? The Pi has to be powered ON inorder for port 11 to run the servo_homing routine to set the servo connected to "0".

Today is July 9th, 2021... tomorrow I go on vacation. I am waiting for Sunfounder support to provide the "servo_homing.script" and the location that the calibration file parameters are located so that I can possibly edit manually and correct the initial positioning issue that I am having as well as addressing EZBLOCK connection and download failures.

Well, back from vacation, its July 19th and I'm continuing to experiment with calibration and Ezblock Studio connectivity. PROGRESS!!!

Sunfounder's EZBLOCK STUDIO website only has version 2 software available, the web app and version 3 beta has been removed?

Today, using the Windows 64bit BETA APP for EZBLOCK STUDIO, I still wasn't able to upload any example code to the "picrawler" but was able to connect.;

switching to the webbased EZBlock Studio BETA app, I was able to connect and even complete the "calibration utility" (but that still seemed to have an issue with leg #4, ) that was supposed to be completed 1st, I was able to upload various code examples.

Once calibration routine is complete, this product and development code examples can be downloaded and expanded upon in a learning mode

I had inquired with Sunfounder representative and found that my " calibration.py " file had an erroneous entry that was associated with my leg #4 issue. How was this entry possible? 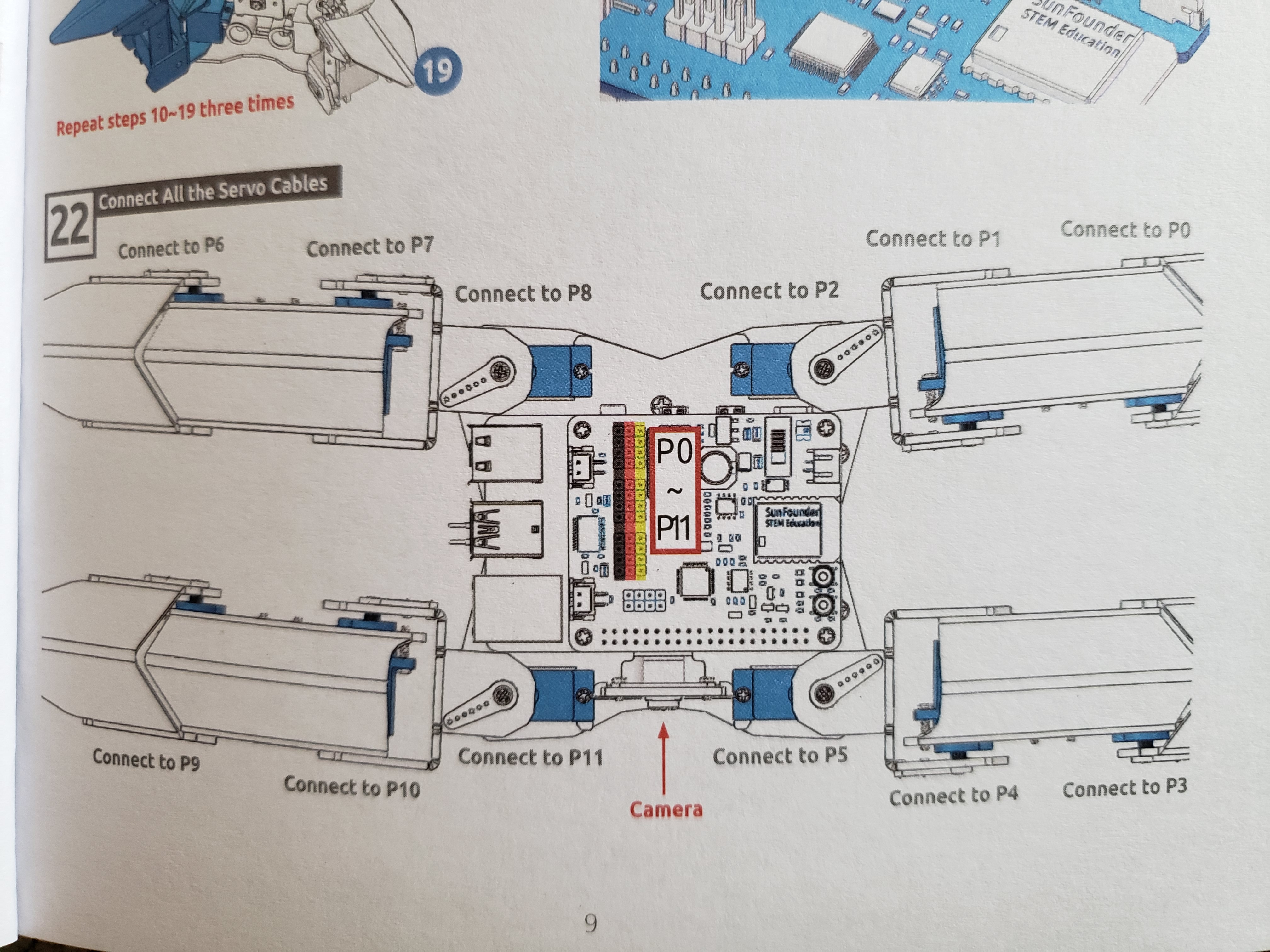 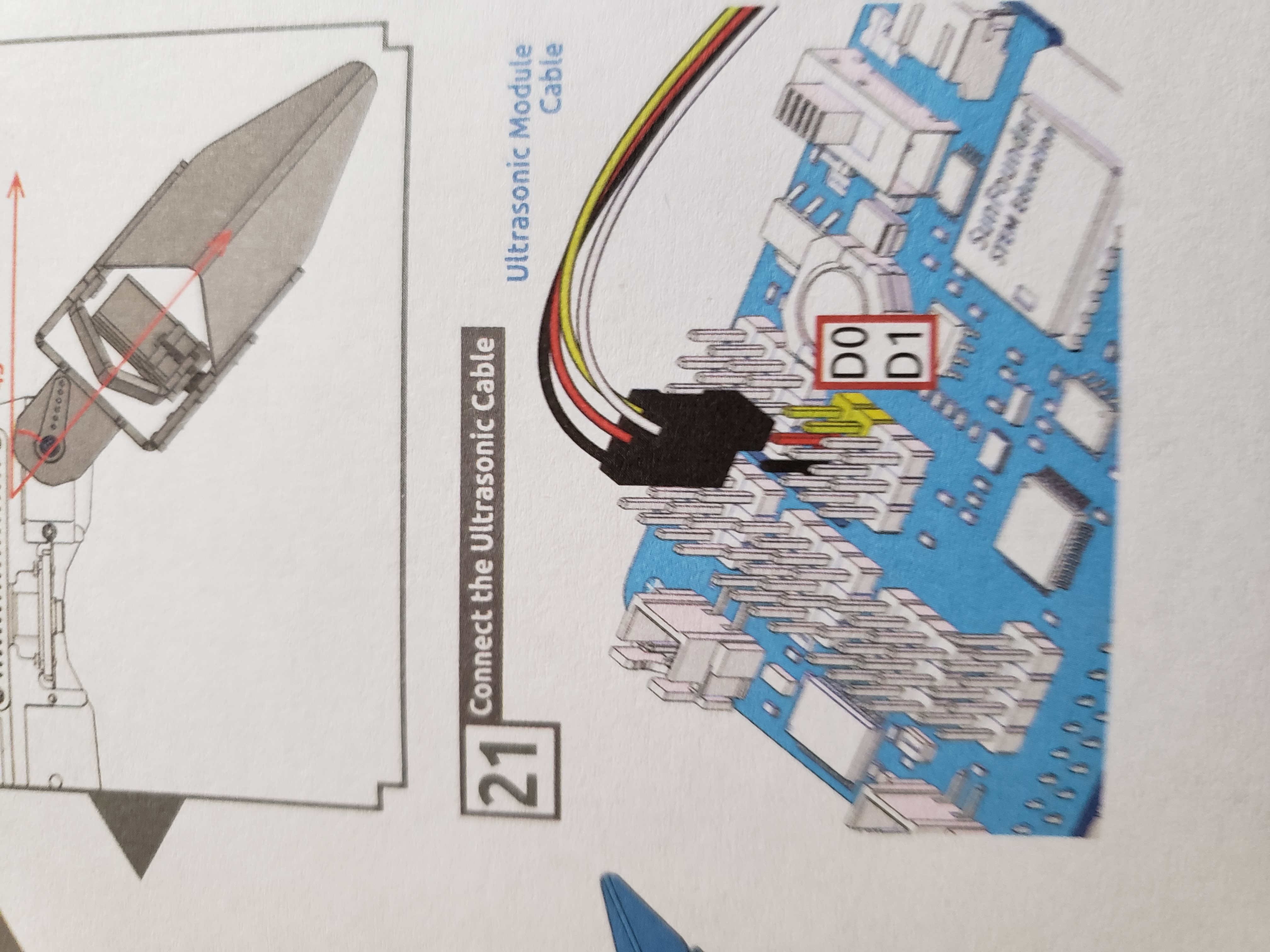 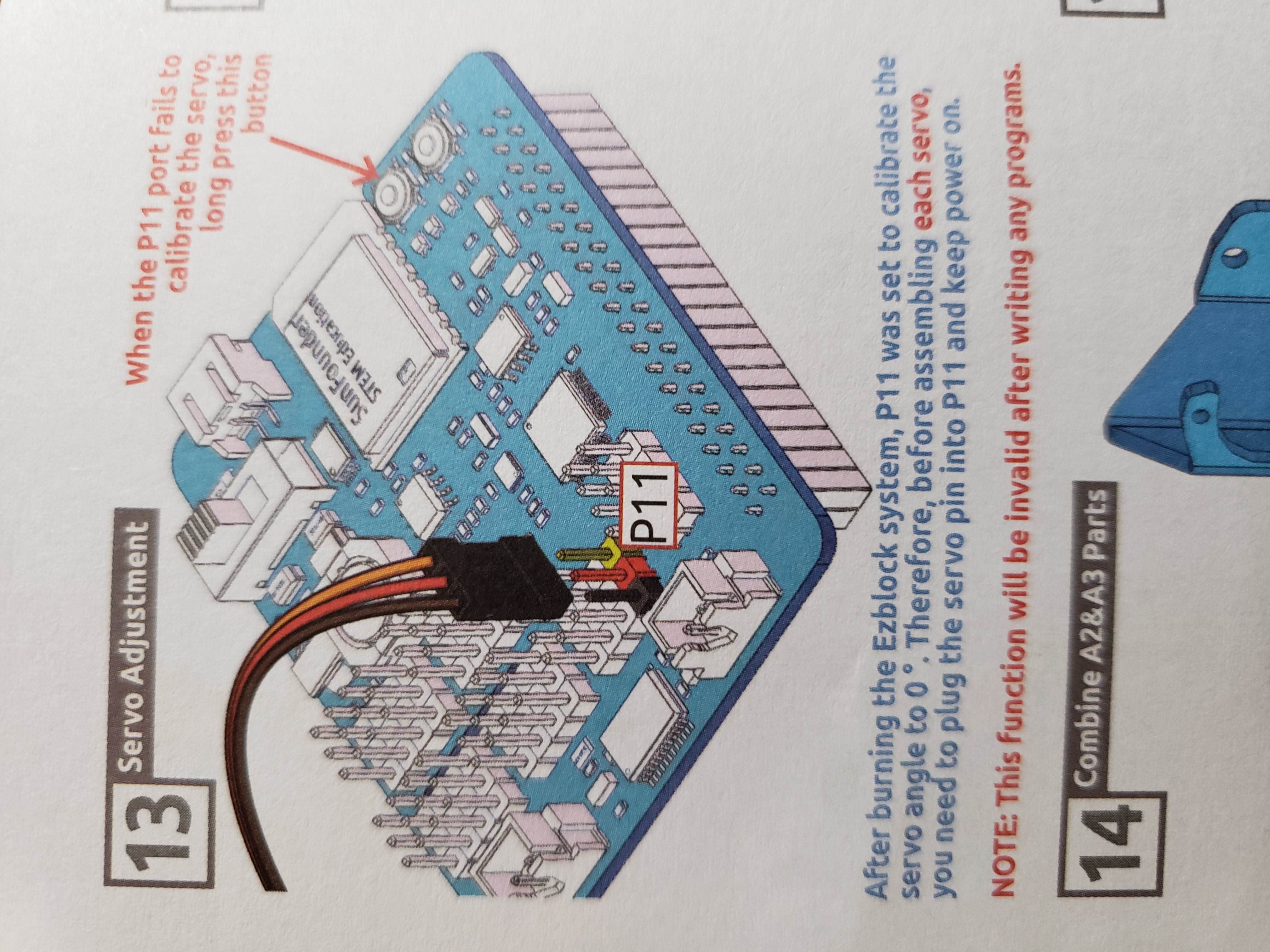