Say Alexa the move, it is automated using the xy plotter that we have made especially for Chess.

Say Alexa the move, it is automated using the xy plotter that we have made especially for Chess. 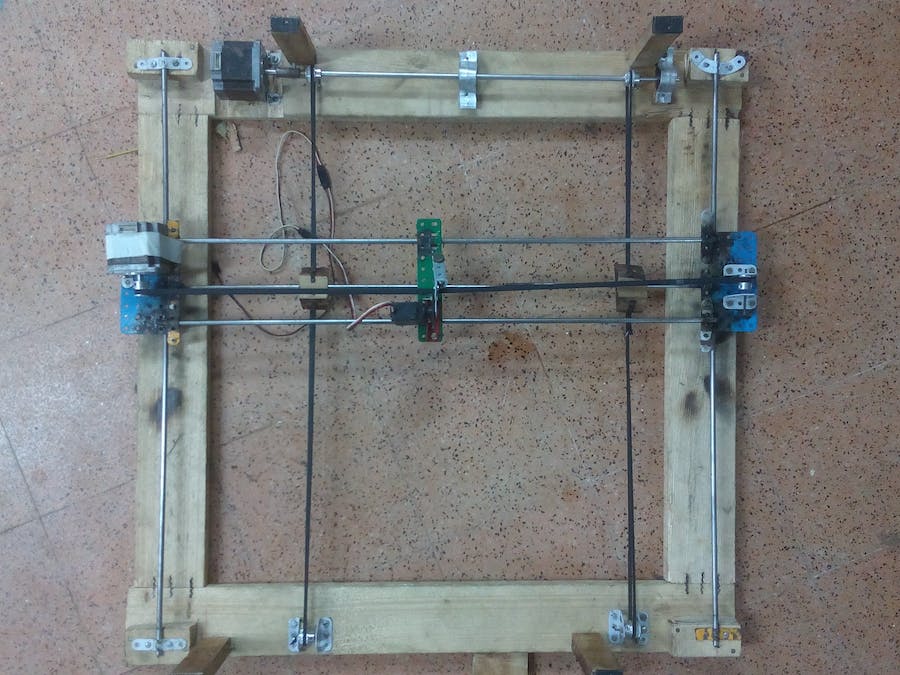 Introduction of the idea:

The chess playing robot is a robot able to play against a real player in real time. The pieces are moved automatically from underneath the board using an electromagnet, which is moved around the board with an XY table.

It is a automated chessboard which recognizes player movement through image processing and finds a tackle move with a chess engine and makes a move with the help of Arduino and Raspberry pi which controls stepper, servo motors to make the correct movement.

Clamp for the Chessboard !

When assembled, the base look like a square with the center cut out. Attach the four sides using the 4 screw holes on each piece. Bolts should slide easily though the base pieces and tension is achieved by tightening bolts on the nuts which should be loosely wedged into each strut as shown in following the picture.

For our application the needed motors had to answer to a certain amount of requirements:

Stepper-motors are the motors that answer all the requirements listed above. This is thus the type of motor that has been chosen for this project.

For this project recycled stepper motors where used. Unfortunately no datasheets on those motors where given with those motors and they couldn't be found on the internet. The only information that was given is the maximum current they allow.

In order to know how to wire the motor tests first needed to be done. The two motors are 6 wire motors. Those motors can either be half or full wired in a circuit.

Stepper Motor.
Stepper with the Belt and a Pulley

Belt, pulley and some base clamps.

The belts and pulleys doing exactly their work of easy movement under the surface of the chess board.

The rod which helps the movement of the servo clamped to the magnet move to the desired position and stick to the coin and move the coin to the respective place.

Rod for the movement purpose !

This is the stand to hold the Aluminium sheet in place and the coins over it.

Wooden stand to hold the aluminium sheet.
Servo with a Magnet at the tip.
Overall setup without Aluminium sheet.
Wooden clamp to fit the belt strongly !
Aluminium Sheet and the chess sheet
Chess coin with metal base.
Chess Board with coins.
Side View of the setup.

For now we have completed the Image processing Part completely and it works awesome. We are trying this now for voice controlled Chess automation by means of using Alexa Services.

Hoping that this project will be a wonderful skillset for Alexa!

Every code that we used:

The code for image processing and Alexa can be found in the dropbox link. 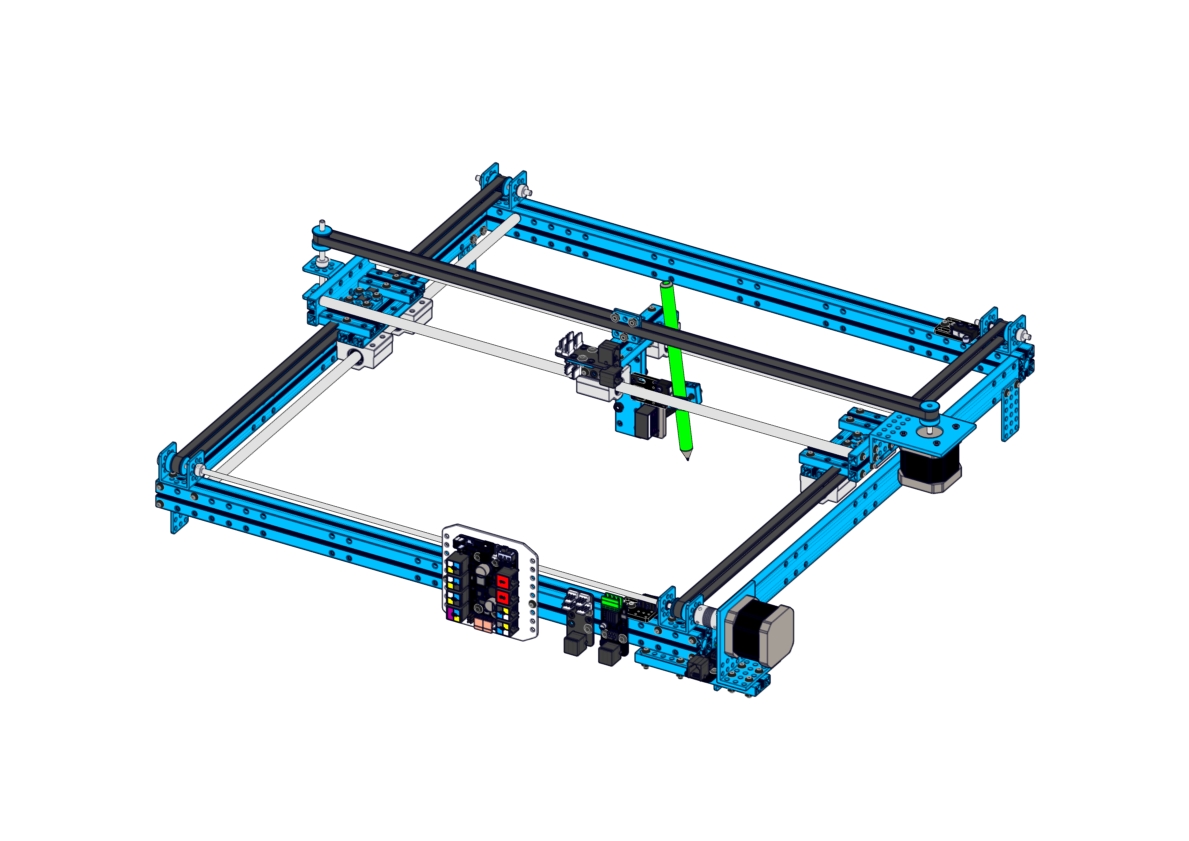 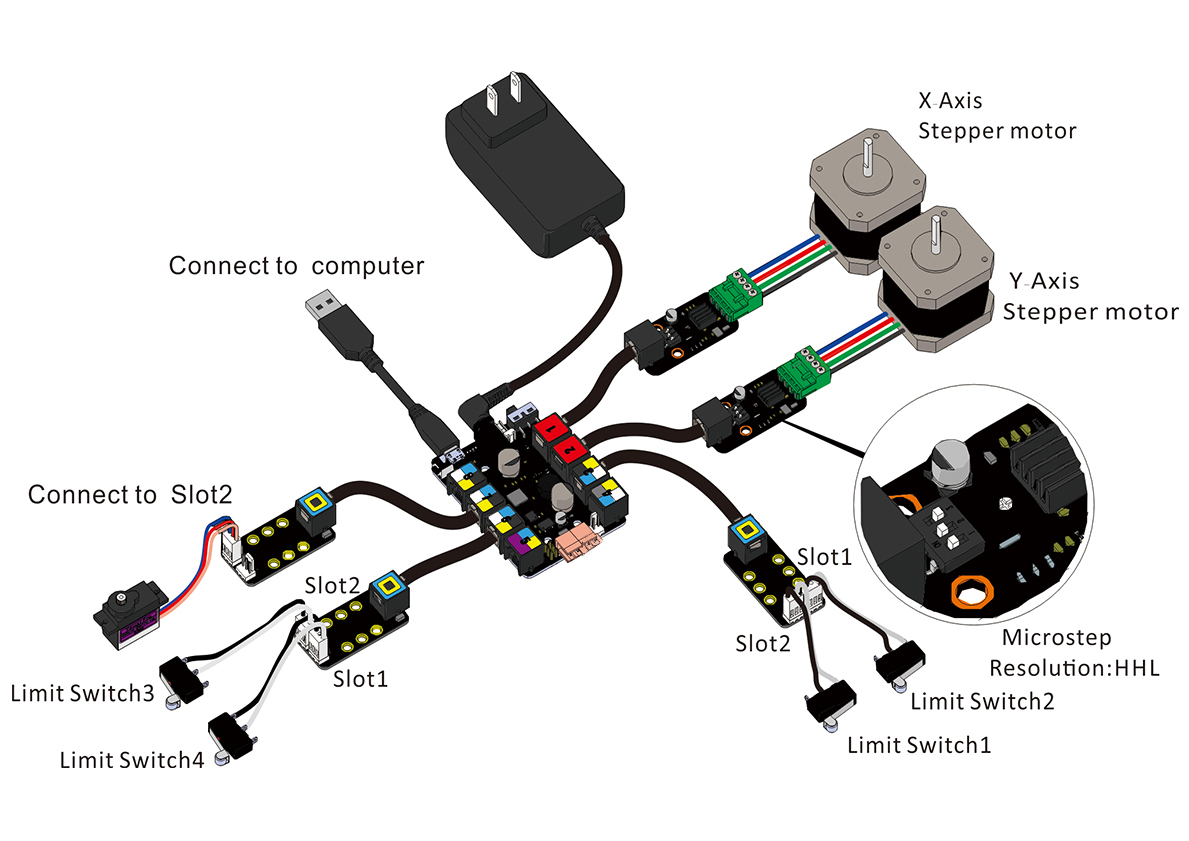