Used Raspberry Pi, LEDs, and Alexa to turn my storage shelf into a smart shelf, which Alexa will help store and track my things over time.

Used Raspberry Pi, LEDs, and Alexa to turn my storage shelf into a smart shelf, which Alexa will help store and track my things over time.

Decided I needed a quick and easy way to find and store my things using a voice assistant. I also wanted control over my data locally and not rely on the cloud. So I kept the data base locally in a csv file on my raspberry pi. This gives it a added benefit as I can access the .CSV at any time and do more advance queries later. I chose Alexa because it is something I have not worked with before and wanted to see how it works compare to google. I also used a Pi Zero because I wanted to use something cheap which will control the LED and not dedicate a Pi 3.

The flow is relatively simple. You ask Alexa with a special skill word called "invocation" such as "storage room." Then, the Alexa skill will take your query and send it off to Amazon's Lambda application. This is where your query is parsed and the code here will determine the task to perform. In this case it will take your query as is and send it off to AWS IoT-Thing. The IoT-Thing is external accessible point in the cloud where raspberry pi with the proper credentials can access and subscribe for interactions. The IoT-Thing will update its flags to indicate a change has been made. The Python script on the pi will see that there has been a change and will initiate a download of the data. The data contains your query to Alexa. The Python script on the Pi will then parse out what you are asking for and determines an action. If you were looking for something and there was match then a LED will light up where your item is.

I created a video as a easy way to follow along and better explain the steps in setting up the project. Sorry I did not have a segment for wiring up LEDs since that is a very common task did not see a need to spend time to go over it. 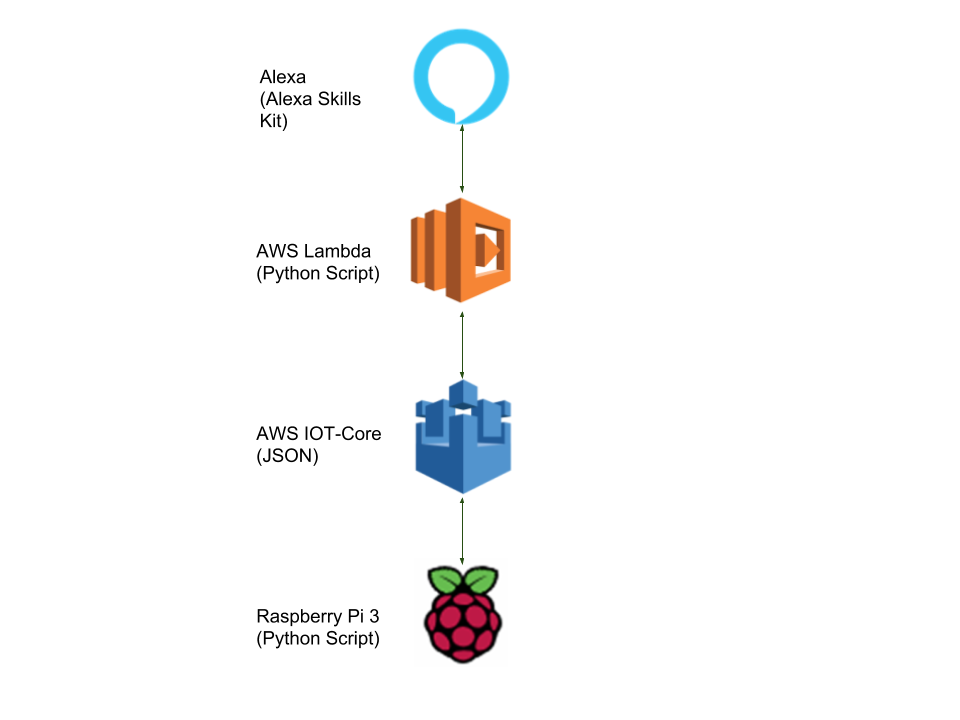 6 projects • 10 followers
I am one of those people that is always thinking up of new ideas. I thought it would be great if I can show my ideas with others online.
ContactContact