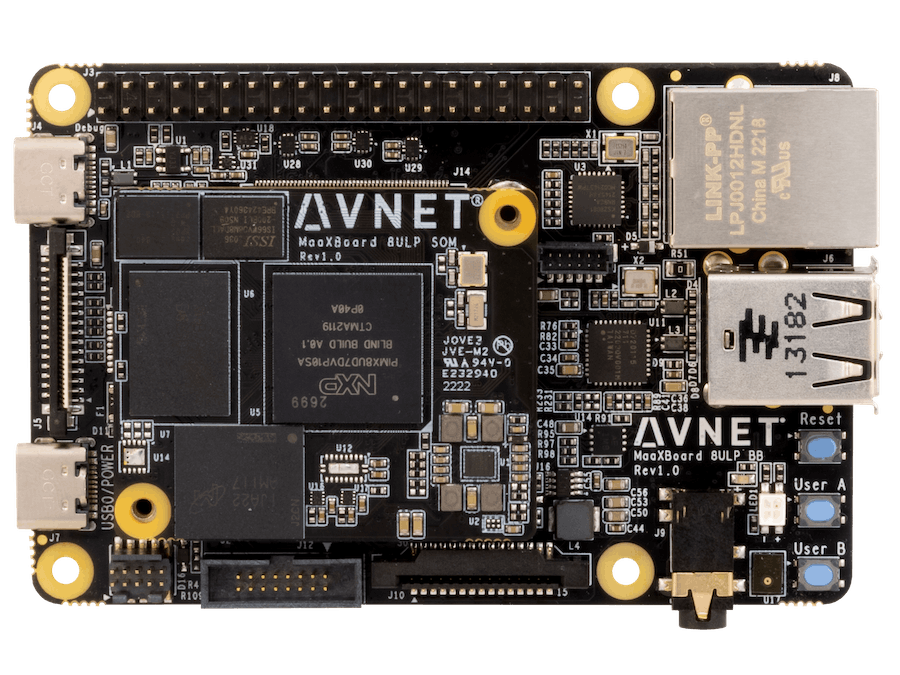 The setup consists of...

FLASH THE AWS IMAGE ONTO THE MAAXBOARD 8ULP

At this point in the exercise, we have...

MOVE CERTIFICATES TO THE MAAXBOARD 8ULP

cert, key, root-ca: entries should be updated to reference your path and certificate file names

thing-name: Update to match the thing name we created earlier in the AWS console

publish-file: Update to match the path and filename of a Json document containing JSON to publish on the "publish-topic"

endpoint: Can be found in the AWS IoT Console under Settings

We're ready to connect the MaaXBoard to AWS!

At this point you may see some errors. Most likely there are file permission errors. Examine the output to see which files need to be updated. The debug will output what the expected permissions should be set to. A successful startup looks similar to the graphic below.

In this project the user learned how to...

The aws-iot-device-client application supports other features that we're not exercising. Feel free to review the on-line documentation and exercise other features on the MaaXBoard 8ULP.

Please post any questions or comments below and thank you for your time!