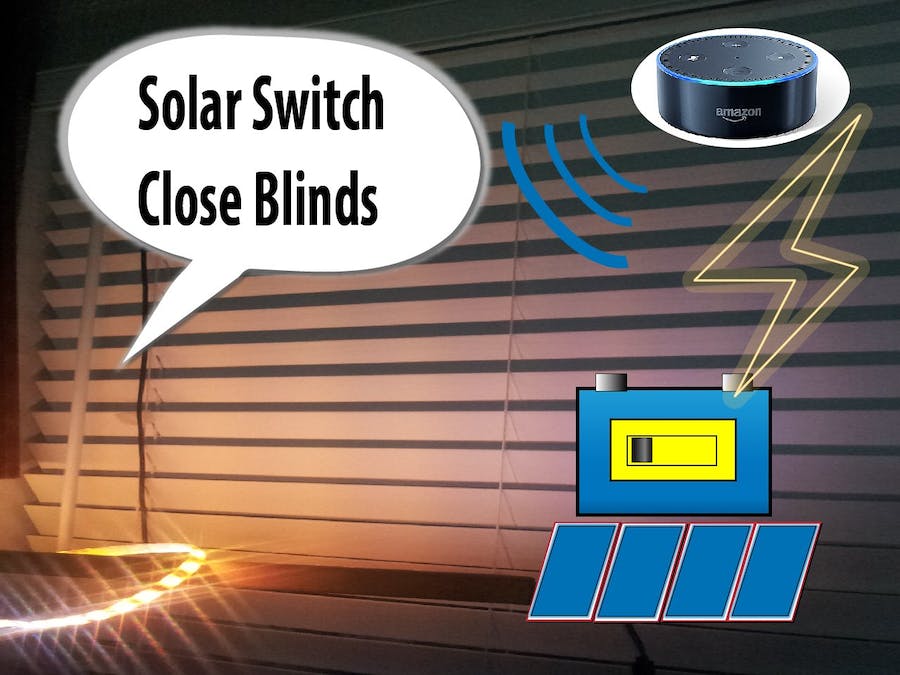 The Solar Switch is an automated switch / battery monitor that responds to voice command to operate DC / AC devices.

I have couples of solar panels to charge deep cycle battery for powering various DC devices like led lights and automated motion sensor lights. On extended cloudy day, the lead-acid battery become sulfated and lose capacity over time when undercharged.

Many times when I over use the power and depleted the battery, I need to manually check and charge the battery with a battery charger to avoid permanently damage the battery. I want to check the state of battery and it's usage patterns - how often it charges.

Also, I want to automate the task of shutting down the blinds for two windows and turn on light every night.

Using Arduino Yun with its build in Wifi and separate processor running Linux, I Installed Amazon Web Service Library in Python. It'll allow the state of connected devices to be saved on the cloud - using AWS IOT Things Shadowed to update and modify the device's state information.

When user say a command, Amazon Echo will invoke Alexa Skill to interpret voice input into textual command called Intentions in Json data format. Data is passed and processed by serverless code ( AWS Lambda function implemented in Python). The script will process the intent by modify Things Shadowed settings - A virtual representation of the acutual device settings and acting as a message broker that will notify device or other connected clients.

When Arduino Solar Switch is turned on, it'll connect to the AWS IOT Things Shadowed via light weight messaging protocol (MQTT) . Then subscribe and listen to changes in the parameter settings and control the desired device.

I used a stepper motor housed within a bracket mount attached side wall of the window blinds. I can adjust the fitting by rotating the mount during testing.

I 3d printed an adapter to fit the blind wand to motor rod. Grip has minimum grip and will slip off the turning wand if stuck. This is to prevent breaking the blinds gear with too much torque on already closed blinds. I taped the exterior with tape to help with grip.

To sync with the motor, I count how many turns to fully close and open the blinds. Register the value and change it in configuration sketch file of the blinds.

When initially powering on Arduino, set the blinds position to mid open position with blinds parallel to the window to remain in sync. For manual control. I used a potentiometer to dial in a position between 0 and 100. Position 50 is when the blades of the blinds in parallel.

Once setup, I used 2 steppers with control wire in parallel to turn 2 large blinds in sync.

I hooked a light level sensor on the window side of the blind to determine day or night. I want AC powered charger activated at extreme low light. During the daytime battery is charged by solar panel.

I used 4 port relay. One port is connected to the AC for the charger. Rest are used for operating 12V DC devices. These are LED colored strips, White LED light bulb, and alarm.

I hooked a voltage sensor and a car battery charger that outputs up to 120 Watts It'll charge the battery when specified battery voltage drop to low level. It'll trigger the charger and charge for fixed amount of time. It'll also shut off when exceeding the max voltage to avoid boiling electrolyte in Lead Acid battery.

At night, solar charged battery provides power to connected DC devices until low cut off point. Then charger will automatically turn on to charge the battery to maintain minimum level until daylight.

The activation voltage is configurable in the Battery Monitor sketch module .

I have an alarm light and bell that chimes when circuit is broken. Or when some one enter the room. It is a reed switch mounted to doors and windows.

A good portion of this project involves configuration of Amazon services. For voice activated control setup. You'll need an Amazon Echo and set up 2 Amazon accounts and services.

Before starting, I recommend reading and going through following tutorials:

Following are steps to re-create my configuration.

Here are some sample commands you can say to operate the switch by voice.

Things Shadowed creates a virtual version of device’s latest state. This allows applications to interact with that device even when offline.

I followed this tutorial to understand the detail on the interaction process. To set up, here are the steps:

AWS IoT Device Shadow. In this instance it will update the ‘desired’ section of the Device Shadows to control the device. AWS IoT In this example, the blinds will check the desired position and activate the motor based on the value. The state of the Solar Switch is kept in Shadow state file. You can verify the state of the settings with the device by checking this shadowed file's value and version number.

I followed this tutorial to set up Arduino Yun with AWS IOT Shadow. Here are basic steps: 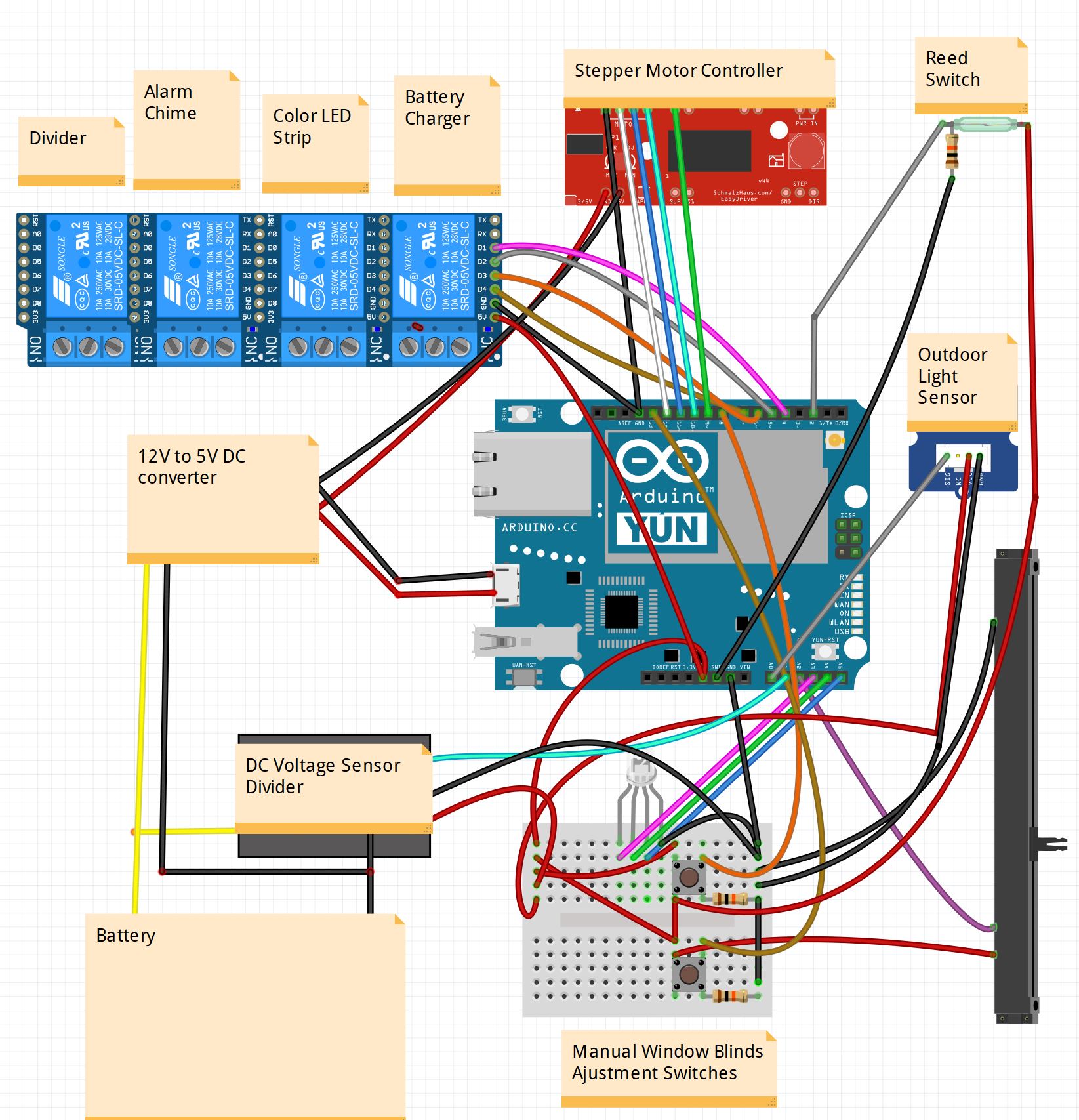