A device made to be portable and easy to install, allows you to control your lights without dealing with the electricity!

A device made to be portable and easy to install, allows you to control your lights without dealing with the electricity! 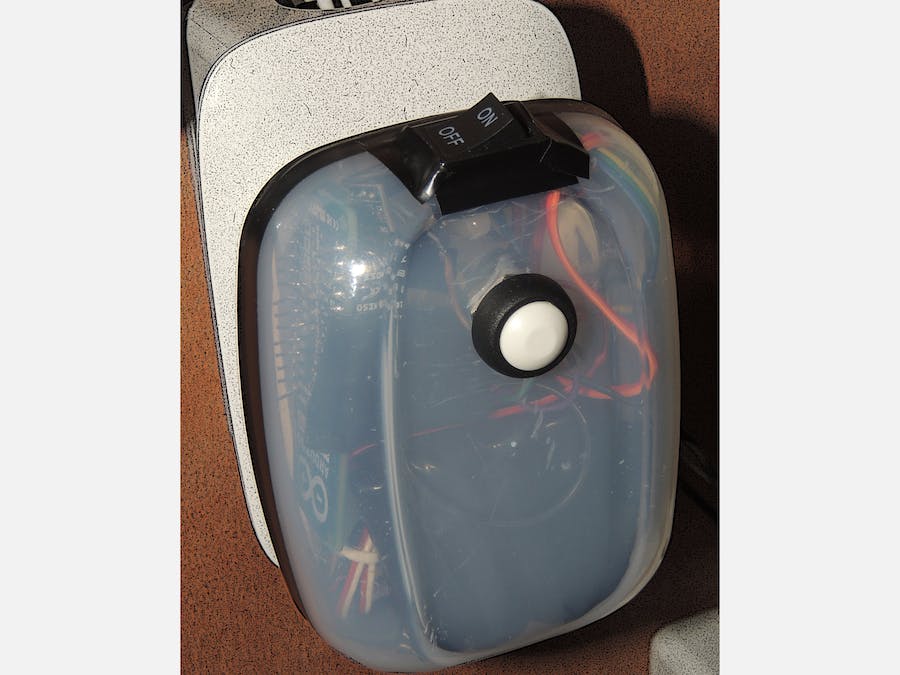 There are many light controlling devices in the market already. But most of them require you to deal with electricity (meaning that you have to dismount your current light switch and connect the new device there instead). This, apart from being dangerous, may be sometimes impossible, as when you live in a rented place or if you want to put it in your office at work.

To solve these problems, a non-invasive light controller is the best option. Using a servo it can turn on and off your light switch externally (as if it was you). In that way, there is no need to touch the original electrical switch and cabling.

Besides that, this device has the advantage of being portable, you can just take it out from one light switch and put it into another without problems, for example, every morning you can take it with you to work and control your office light with it (from your office Alexa, cellphone or from the internet).

Some of the additional features included are:

Here are the instructions on how to use it:

For the Firmware, it's necessary to include the following libraries:

The process is the following:

- awsiot_to_localgateway: any message received by AWS IoT from this topic will be forwarded to the local gateway.

- localgateway_to_awsiot: any message received by the local gateway will be forwarded to AWS IoT.

- both_directions: any message received on this topic by one broker will be forwarded to the other broker.

There are three lambda functions required for this project: (check the Repository)

Most intents are simply getting the status (read value) of the sensor from the Thing Shadow. While the PowerConsumptionIntent and the DoorOpenCountIntent include the connection to the database to retrieve the amount of time that the light has been on, or the amount of times that the door has been opened.

Instead of using DynamoDB as most other tutorials / projects do, I have chosen a Microsoft SQL database (20Gbytes included in the AWS Free Tier - How to Create it). This choice is because an SQL query can provide you in single database read the result that you are expecting, instead of dealing with key-value pairs as the DynamoDB.

To retrieve the Power Consumption the following query is used:

The above code is first checking the times when the ShadowKey = toggleLight and the status was on. So you get all the on times of the light. Then it checks for each one, when was the light turned off (b.[Timestamp] > a.[Timestamp]) where b is the turn off, and a is turn on. And finally it adds up in seconds the time difference between a and b sum(datediff(second, OnTime, OffTime)) and divides by 3600 to get it in hours.

After you have the total time in hours, you can multiply by the nominal consumption of each light and get the total consumption. In order to get it for an specific period of time, additional filters like MONTH(a.[Timestamp]) = 'your month' can be added at the end. Check the complete code to see how to handle that part.

The count of door opening times is simpler:

Additionally you may add as well the period of time like mentioned before.

For the initial setup of the database, there are many free options available (to avoid using Microsoft SQL Management Studio), for example, you can download Visual Studio 2017 community edition and install the Database package (install the AWS tools and the node js developing as well to have everything in one place). Or you can create everything directly with node js and the mssql npm module:

Using express js you can define a page to create tables, query them and insert or delete values. Just replace the Create Table with Insert Into, delete, etc.

The Smart Home Skill requires setting up more things (administrative stuff) but less code. To complete the requirements, an extremely great resource is Smart Home Skill under 15 minutes. There you will find everything needed to make it work. Once the initial setup is done, you can start creating the code, for that part you can rely on Amazon's API reference.

It basically consists of two parts, the discovery and the controls, for this project, two controls were created, a Power Control (to turn on and off the light) and the Temperature Request (to return the temperature to the user). Similar to what was done in the custom skill, a connection to the AWS IoT was made (using aws-sdk getThingShadow and updateThingShadow functions).

Finally, the SQL Write Lambda function allows you to connect the data arriving from the device to AWS IoT to the SQL Database. Start by creating an AWS IoT rule that passes all the reported states of the device to the lambda function:

In order to assess that it's working correctly you may add an additional action and redirect it to another topic where you can subscribe and check.

The Lambda function will take that JSON as the event and with an Insert Into query, upload the values to the database:

As the update may include multiple values at once (for example, temperature, altitude, door status, light on/off, etc) it's necessary to loop through the key-value pairs arrived in the JSON and add them to the query string. The query simple uploads the values passed based on the database, table and columns specified in the first line of code above.

The first part of the Custom skill, where the most important intents are:

Part 1 of the Custom Skill VUI

And finally, to the right side of part 1 (mainly the power consumption intent):

Diagram of connections that represents the paths that data has to go through in order to provide the requested information to the user from the device.

Information originated on the Arduino, pass through the MQTT Broker and is delivered to the AWS IoT portal, from there a Lambda functions saves the information to the MS SQL Database.

If a user makes a request, alexa depending on which skill has been activated, passes the request to a Lambda function that acquires the information either from the AWS IoT or the MS SQL DB.

Finally, if the users ask Alexa to change the state of the light (on/off), the information is passed from the Alexa Home Skill to the Lambda Function, then to the AWS IoT and finally to the MQTT Broker and the Arduino. 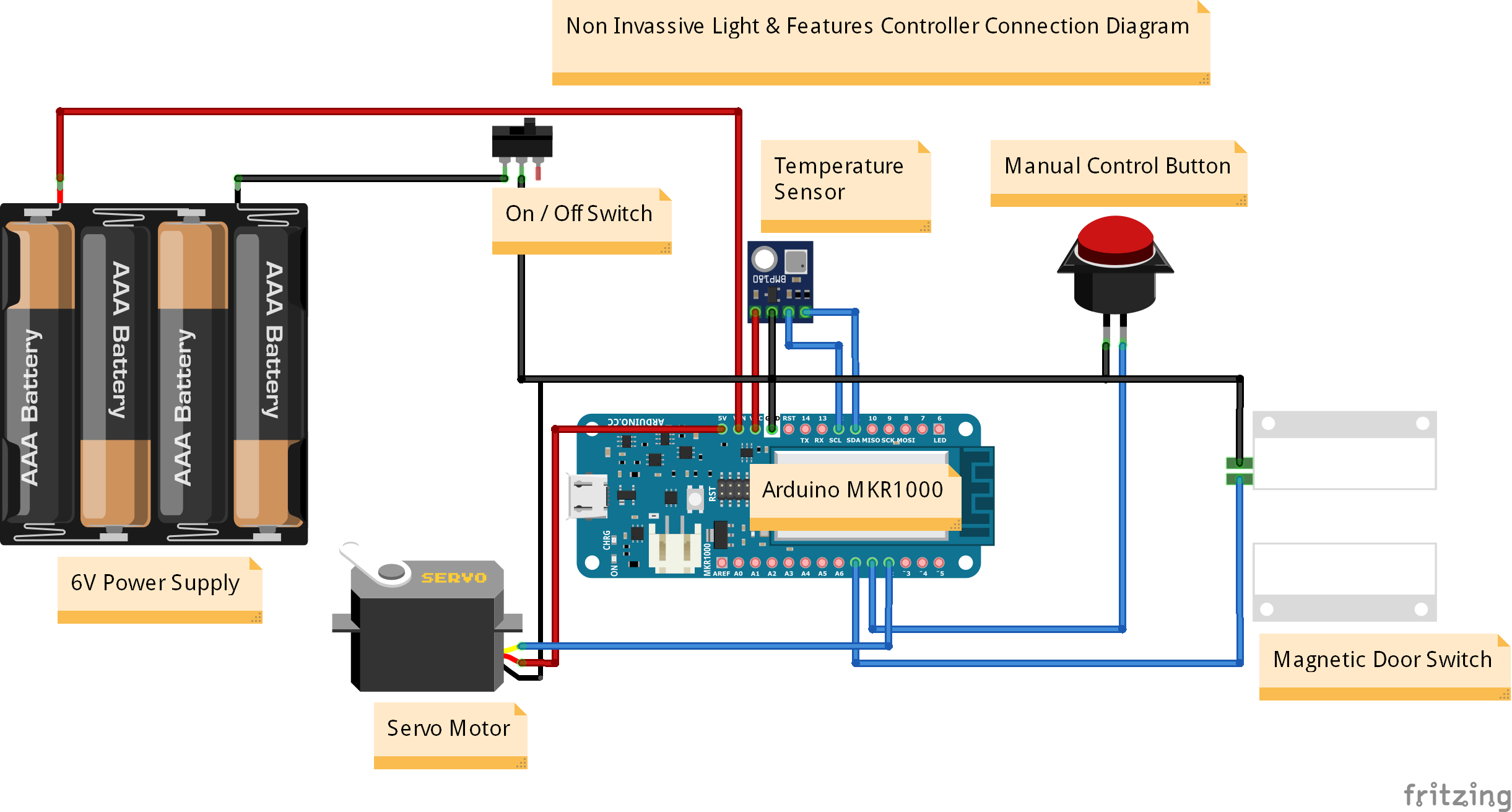