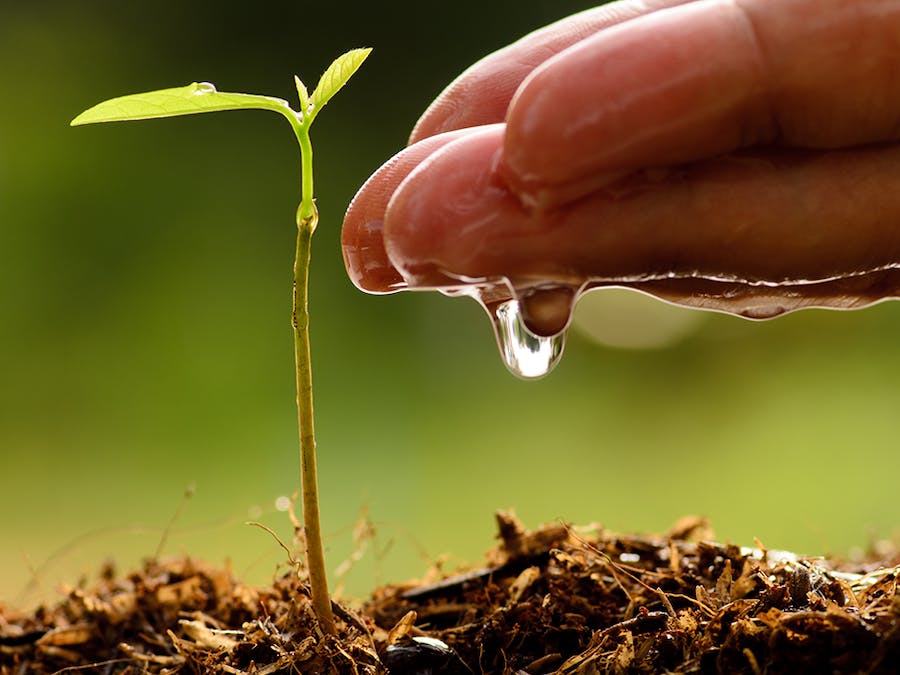 An efficient water management (farm based) system for various crops based on the requirement, climatic conditions, and other factors.

The AWS loft created an environment to trigger innovation in us. Initially with no prior ideas we started to brainstorm and ended up in a project to protect the Plants in Farms as well conserve water. Thanks to the theme #HackThePlanet and the Vegetarian/Vegan food which motivated us to think with a high respect regarding the plants that feed us. Considering the conservation of water which our Planet is desperately craving in we prevent the wastage of water as well with efficient usage (not more not less) there by assuring no damage to the crops.

To promote the plants to thrive in the field as well as to drastically increase the yield and efficient growth in “Organic Manner” we consider the historical habitat data of the plant and ensure the right conditions by measuring the Moisture in the Atmosphere and Soil, Temperature, exposure to sun light. Additionally, based on a survey with some committed kitchen gardeners motion sensing is done in proximity to the crops to detect any intrusion and notifying the user. The User gets notified with an app or Alexa notification and a buzzer for all the data at a threshold level.

The two days of Hackathon motivated us to learn a lot and come out with an initial prototype of our idea. Out of the many challenges we could come out with a prototype though not perfect, a functional model of where we were heading to.

Collaborated from the Hackathon we have built a prototype close to what we tried to achieve and further take this project to next level by enhancing them and bring about a big change in the Irrigation system of the Farms.

Thanks to Hackster.io for the opportunity and such a motivation past 2 days !