Detection and monitoring with AWS free parking spaces through the Sony Spresense board and pre-trained ML models thanks to Edge Impulse.

Detection and monitoring with AWS free parking spaces through the Sony Spresense board and pre-trained ML models thanks to Edge Impulse. 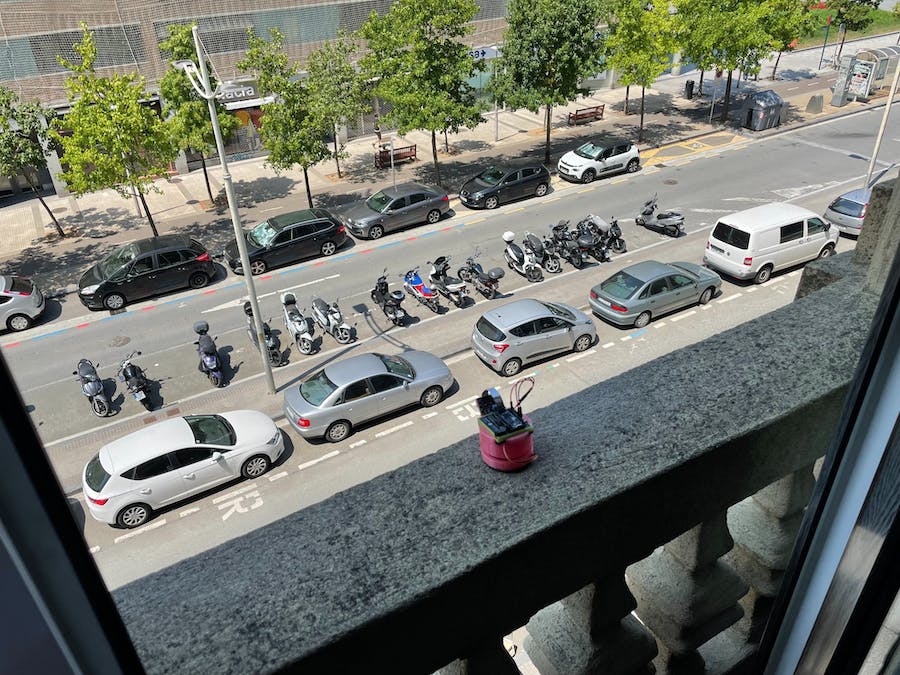 Nowadays, we hear everywhere about the "Smart city" concept. It is a concept that is booming and many people and many businesses are focusing on this in order to make cities smarter and more efficient.

One of the things that I miss and that causes me more headaches (I guess like many other people), is the issue of parking in the city.

One of the biggest problems I have in my day to day, is the difficulty to park in the area where I live and know if there are free places and when.That's why I decided to address this issue by making this project.

A possible idea to solve this problem could be through small wireless devices that monitor parking spaces (e.g. anchored to street lamps), and send the data to a central station to simultaneously display in real time the current parking status of a street.

Idea of an intelligent street monitoring the parking of a Smart City.

To develop this idea I have decided to make a proof of concept using the Sony Spresense board. It has a camera and I can add machine learning models to detect objects (in this case, free parking places and cars), thanks to Edge Impulse.

For this proof of concept I have decided toplace the device on the balcony of my house, from where I can see perfectly the parking area of my street.

In the following image you can see the device checking the parking zone.

Device scanning the street through the balcony

USED KEY FEATURES FOR THE PROJECT

The central pillar of this project resides in the Sony Spresense board that, together with a few added components, will allow me to make an ideal prototype for this proof of concept.

Other Firmware libraries used for the project:

The project could be divided into 3 parts:

- Creation of the physical prototype

Knowing already, which are the physical components that are necessary for the project, the first thing is to make a prototype with which to make the tests.

The 3D model for printing has been made in tinkercad and in the following images you can see the parts have been generated (Static and Rotor Base, LTE board case). The 3D files are ….

Once we have the physical part created, it is necessary to start with the programming part.

In this part the idea is to capture a large amount of image samples of the street (with Sony Spresense board)in order to be able to transfer them to Edge Impulse and train the model to detect cars and free spaces.

This program will perform the following functions:

In order to select this project, simply uncomment the PROJECT_TAKE_PHOTOS directive.

.h with the option to select which project to compile and flash to the board

There is a section at the end of this documentation where I explain how the code is organised to make it more understandable.

After running this project we will get a large amount of images on the SDCard and we can go to Edge Impulse to load and tag them to generate the model capable of detecting the cars.

These are the steps to follow to generate the intelligent model that detects cars and free spaces through Edge Impulse.

Go to Data acquisition and upload all the images.

Label all photos indicating what is a car and what is a free space (the more samples there are the more accurate the detection).

Create the impulse indicating the image size to be used.

Creation of the impulse

Generate features from the Image section, and then push Start training from the Object detection section. This will tell you how much space it takes up and the accuracy of the model.

Training the model in Edge Impulse

In the deployment section we will autogenerate the code to introduce in our board (It will generate a.zip file that will be necessary to introduce it to the arduino IDE as a library).

This is the final firmware that connects to AWS IoT using the MQTT protocol to warn of free parking spaces. It has the following twofeatures:

In order to select this project, simply uncomment the PROJECT_CAR_PARKING_SPACES directive.

.h with the option to select which project to compile and flash to the board

In order to connect to AWS IoT it is important to have the CERTS folder on the SD card with your own certificates and add the address of your broker. The topic I have used is 'spresense/freeParking', but you can feel free to change the names in this.h with whatever you think is more suitable for your application.

Response from the Spresense Board after check the current street status.

The 'alarm' parameter is used to launch a periodical check of the street automatically according to the value in seconds that we set.(In this case we ask it to check the parking in the street every 30 seconds).

Request to '1' to check the current state of the street. Alarm '30' to check periodically (30sec)
Spresense board scanning the street.

I would like to explain small details of the code to make it more understandable for anyone who wants to pick it up/check it.

The file structure is the next one:

It is a very easy to understand code that is based on two main files:

Modular Firmware. Easy to select the peripherals used for each project.

The other files are simply used to maintain a better organisation of the code and separate the functions for each peripheral used by the Spresense board.

Note:The library used for MQTT is the ArduinoMqttClient library (version 0.1.5). The ArduinoJSON library version used is the 6.14.1. In newer versions, the compilation crashes, so I've decided to use this one. 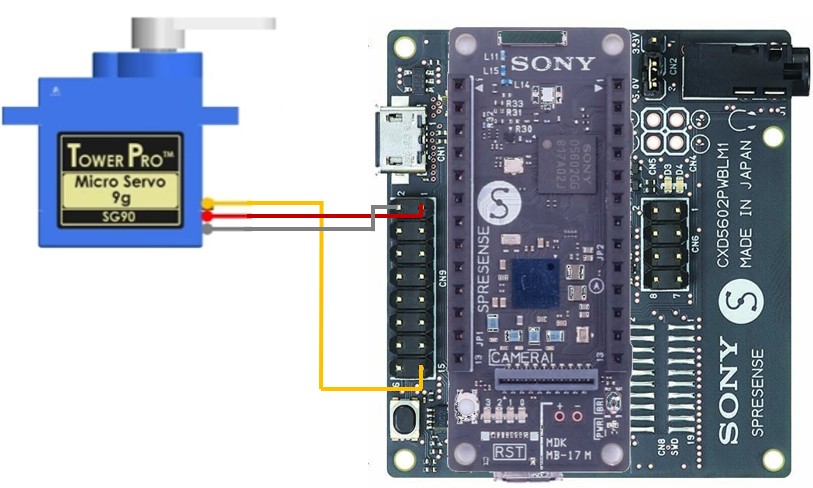