You choose your destiny in a choose your own adventure style game told by a Teddy Bear. Can you reach the end of the cave?

You choose your destiny in a choose your own adventure style game told by a Teddy Bear. Can you reach the end of the cave?

Can you reach the end of the cave?

What better way to explore an adventure style game than from a stuffed animal.

In this project we create a Alexa skill to run the logic and access the Alexa web service from the Raspberry Pi and package it in a stuffed animal.

Cave Master has recorded audio for each room. The audio is hosted on azure, but could be hosted anywhere. Alexa will out text or audio when issuing the this.emit(':ask' or this.emit(':tell' command. In our case we used the "ask" command for each response to keep the story dialog going. you will also notice "this.attributes['currentRoom']", this is used to save session data from each command to the next. All cave master needed was the current room. The Cave master code itself comprises of rooms possible options liking to other room each with their own audio.

The Alexa web service is access from the raspberry pi with input as mic and output as a speaker. The python code accesses the service and input output logic. Also when connecting to Alexa web service the device needs to authenticate. The python code also includes an authentication web interface. I used the code from https://github.com/sammachin/AlexaPi . My version is slightly modified to exclude the physical button and is alway listening, by commenting out the wait for hardware click.

I pluged in a simple speaker and a usb mic and both worked without issues.

After following the steps outlined on AlexaPi's readme, I could access my Alexa skill from my Raspberry Pi.

Once all the pieces were working, I put the Raspberry Pi indie a stuffed animal and play Cave Master. 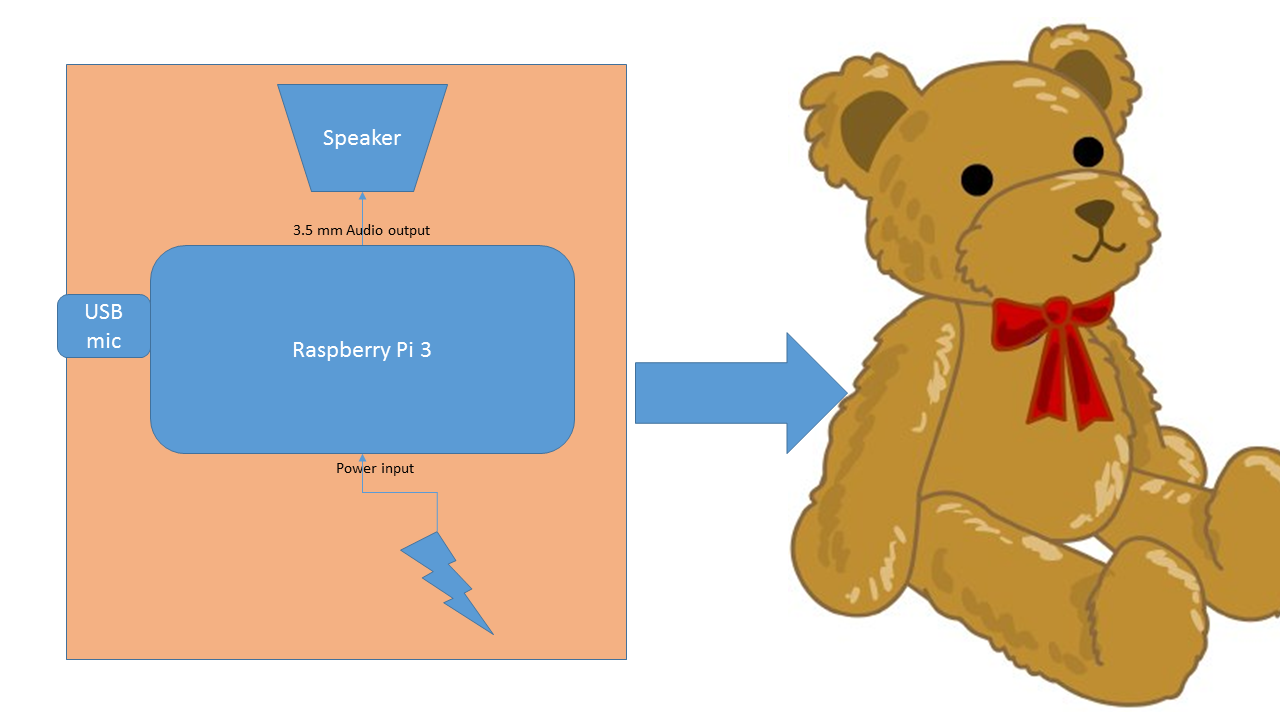