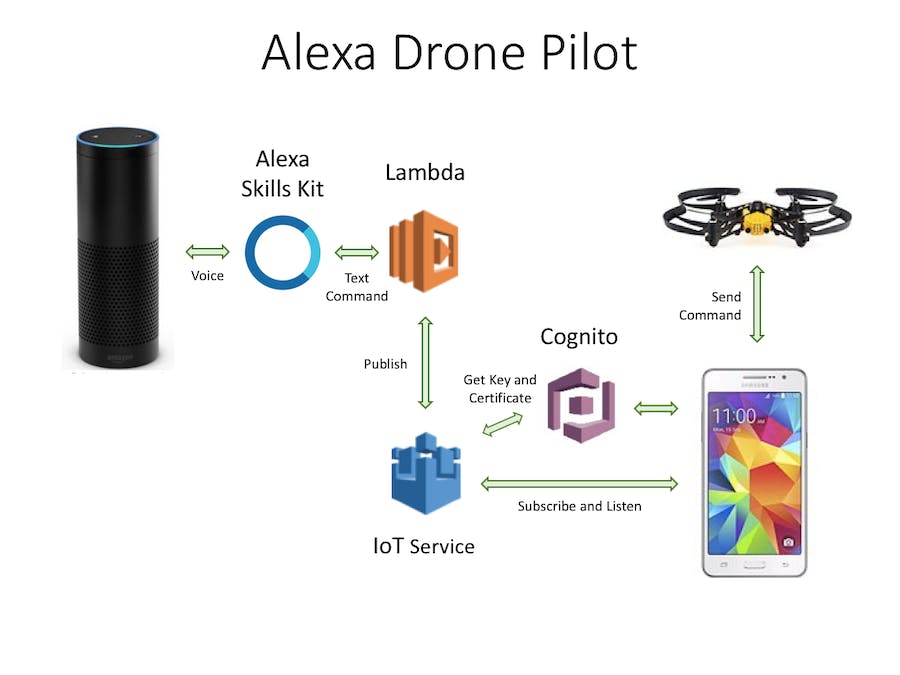 There are two components:

Alexa start drone pilot... take off  > The drone takes off

Go up  > The drone flies up

Picture  > The drone takes a picture

Alexa captures voice commands and sends them to the Alexa engine to convert them into structured text commands. A recognized command is sent to an AWS Lambda function that publishes the command to an AWS Internet of Things topic to update the drone state.

Because the Internet of Things service supports multiple subscribers, a whole fleet of drones can be controlled with a single voice command. Furthermore, the drones could be replaced by other types of robots, machines, or devices. Therefore, the same principles can be applied to a diversity of domains. 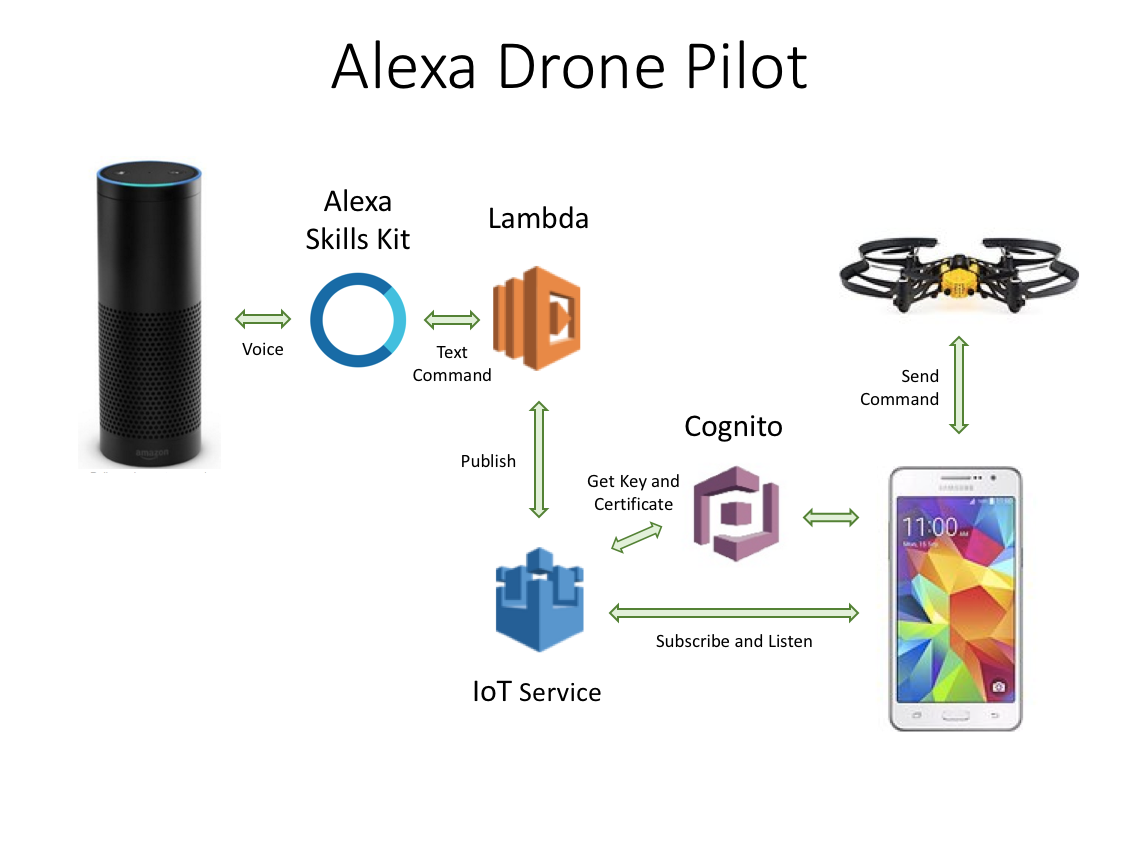