My goal was to make a skill which used Echo Buttons as a Remote Control to a meaningful event, as opposed to simply games or triggers. I think I did it!

First, a good Halloween skill MUST have good sounds. They can’t be too long, too scary, too routine, or too similar. I combed through, literally, thousands of sounds and came up with the BEST 100 awesomely spooky Halloween sounds!

I noticed all the other Alexa Skills were basically just a sound track of the same sounds, in the same order, over and over. So, I made mine randomize the sounds. You never know what sound you’re going to get next!

I added a loop mode, where the skill randomly picks a new sound every 5-30 seconds, so you an just turn on loop mode and let it go.

Perhaps the best part of this skill is that you can optionally use Amazon’s new Echo Buttons to trigger your sounds! Just press a button once and the skill goes into “button mode”. From then on, as long as you don’t have loop mode on, it stays quiet until you press a button.

I’m going to run an extension cord out to my porch and put my Alexa Echo behind a pumpkin. Then, at just the right moment, I’m going to press the button from inside when the local trick-or-treaters come to my door!!

The free version gives you a few cool sounds. But if you really want to get all 100 awesomely spooky sounds, you can immediately upgrade for a one-time price of 99 cents (80 cents for prime customers)! This is a bargain – it is less than the cost of a single MP3 and certainly less than a CD!

PS - this is my 2nd entry into this contest. The rules allow multiple entries, but I figured I'd mention this here. Thanks for checking it out! 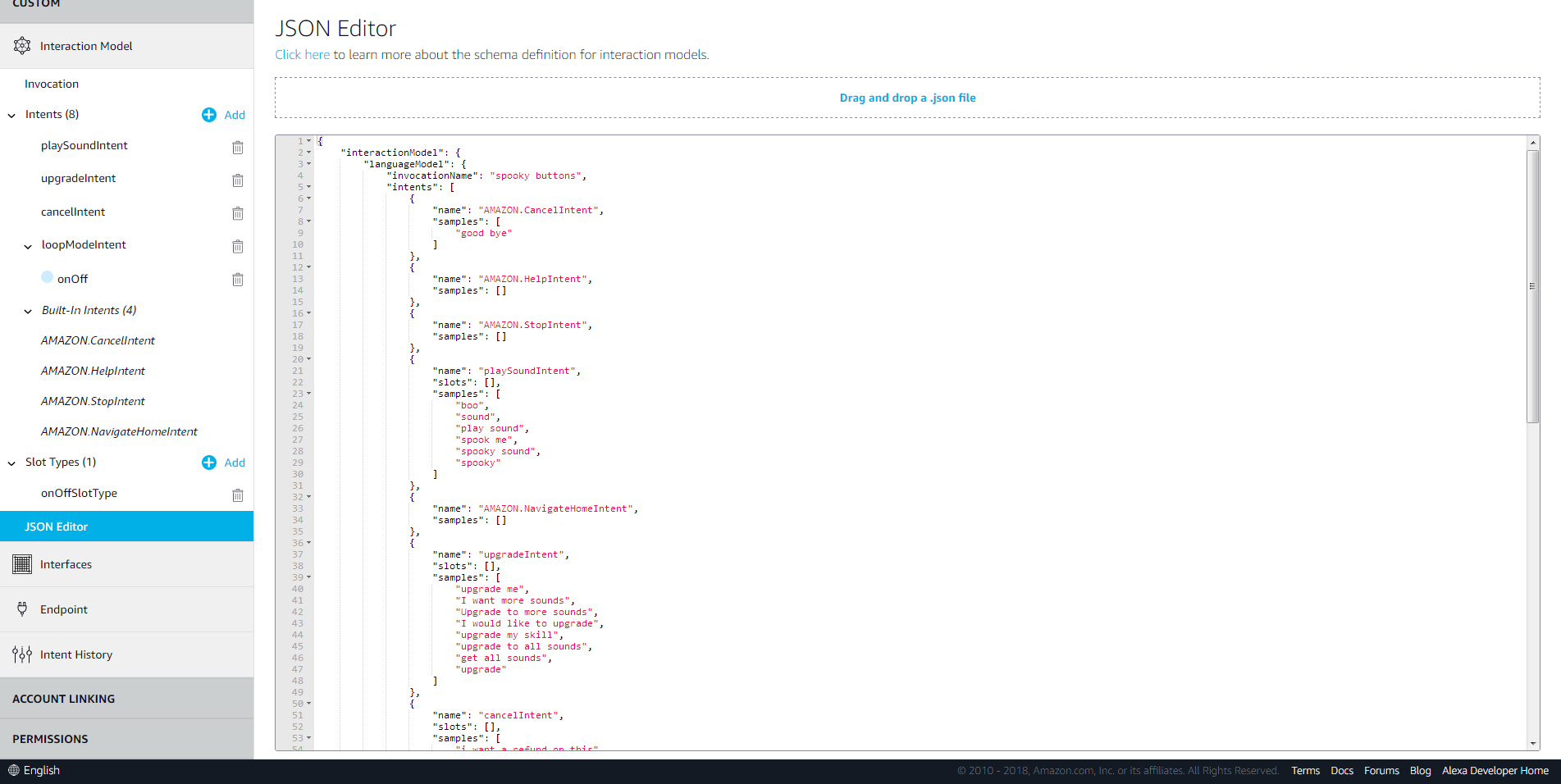