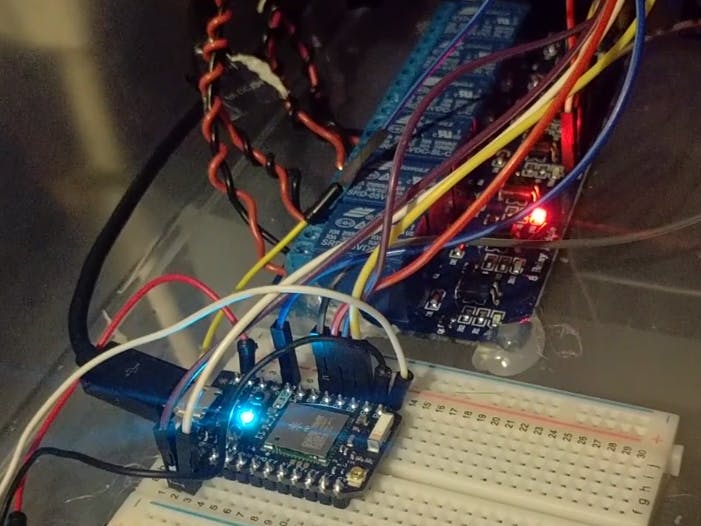 Do not attempt to build this without professional help from an electrician as it could involve electricity in amounts that can kill you!

Home Automation has been a hobby of mine for the last few years. I have learned many methods and platforms to achieve a complete system on a budget. I started on my journey well before plug in play things and platforms like SmartThings, so having a hybrid system was just an outcome of starting early, and wanting to learn how things worked. I started with Arduino and 433, then was an early spark core (now Particle.io) supporter that allowed me to take radio to WiFi. I tinkered with particle IDE, learned smaller projects, and then finally bought a wink on sale.

In looking for a way to combine all of these systems I found Tasker phone app I could use to bridge gaps and create scenes. I could have one Photon (Particle) running my relays, one running my sprinkler system, one running and handling 433mHz commands to remote devices such as outlets (much cheaper than WiFi outlets), and a few running sensors such as for temperature I could GET information from. Because Particle.io has a cloud, API's, and is RESTFUL I could make calls to each through Tasker GET and POST add-ons directly from/to each proton through the Particle.io cloud. From there, I could integrate Zwave and Wink as as well through Tasker making it my central command software. Takser also integrates into Google voice through AutoVoice and then into EventGhost through AutoRemote.

It sure is a crazy system, but it works extremely well and has allowed me to be versatile and learn a ton. The last piece was building an Alexa with a PI and using AWS web services in particular Alexa and Lambda for a cheap homemade Echo as an alternative and for experience with AMZ.

In this project I will not address the 433MHZ solution, I will at a Iater date, nor will I share my irrigation system as I have not yet set it up again this year (stored it for winter). This is just a small sample of some things I have done with the help from Takser and Particle.io.

I have posted a video and will soon blog with more details and code.

2 projects • 6 followers
Serial Entrepreneur, owner of ValleyApps, Vision Studios, and TMProducts. I am a maker, a hobbyist, and avid outdoorsman. I am a Geek and proud of it.
ContactContact