design a smart lock for your house

design a smart lock for your house 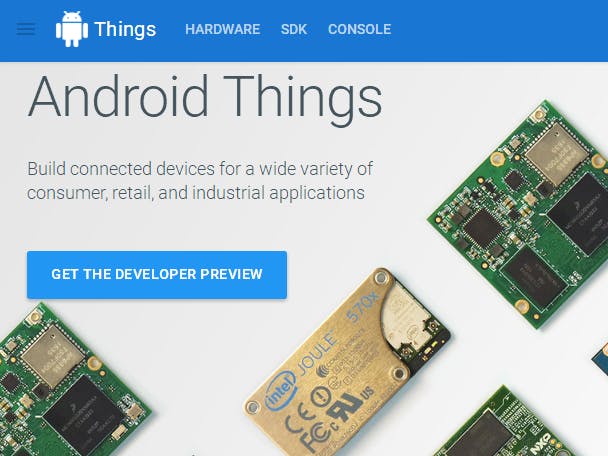 Most of people faced such scenarios that when you come home, you find the key been forgotten; or you have to leave your house to deal with some emergency when your friends are on the way of visiting you. Those kind of situation troubled you a lot. So we propose a solution to make your house smart. We design a system to recognize the visitor and house owner. It could confirm the identity of the visitors by facial recognition system, interrogation system and sending message to the owner, when the visitor get the permission to enter the house the system will turn on the camera to record the real time situation. The system could make your house smart and safe!

Android Things (codenamed Brillo) is an Android-based embedded operating system platform by Google, announced at Google I/O 2015. It is aimed to be used with low-power and memory constrained Internet of Things (IoT) devices, which are usually built from different MCU platforms. As an IoT OS it is designed to work as low as 32–64 MB of RAM.[3] It will support Bluetooth Low Energy and Wi-Fi.

we use the Android studio to develop a software on the phone.

TensorFlow is an open-source software library for machine learning across a range of tasks. It is a system for building and training neural networks to detect and decipher patterns and correlations, analogous to (but not the same as) human learning and reasoning.