Let There Be Smart Light!

Let There Be Smart Light! 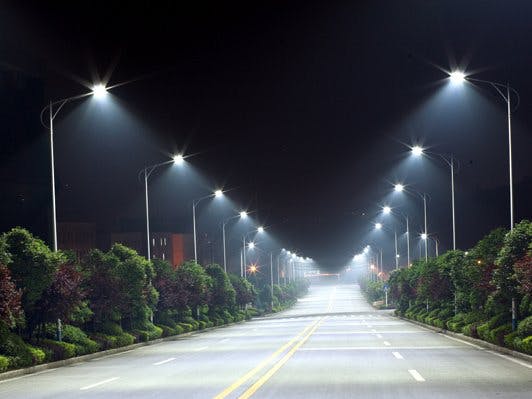 Even in the city of Las Vegas, one of the most technologically advanced metropolis not only in the US but in the world, the reporting of malfunctioning lights is inefficient because it generates a huge data base based on after the facts events (usage records for billing purposes). In addition being that a meter on average controls 10 lights, a specific light on a string may not be identified if the rest continue to work, but definitely affects a part of the route it is designed to serve. The current reporting method is usually by citizen reporting, or worst yet when an accident has happened. Our project is based on the city of LV model but in a more generic and global sense. Las Vegas presents the same issue than any other city, when a street light is out it creates hazards to health and safety of the population such as fear of being assaulted or mugged, increase potential for accidents such as falls or vehicles colliding with pedestrian or other objects on the road, people feeling less secure in their neighborhoods and homes which leads to a decrease on commerce, increase in property and violent crimes, among others. Our technology solves this problem by having a sensor installed on each light bulb which will report on real time when the light malfunctions.

The first type of malfunction is when the lights stay on after 8am.

The second type of malfunction is when the lights should come on and they don't. At this time the data base does not have a field that would identify this condition as it only contains billing records from the power company to the city. NVEnergy is the power company and they supply the meters.

There are 5,000 meters installed which control 52,000 lights, which means that each meter on average controls a string of about 11 lights. Of this lights, 75% or 42,000 are LED and the remaining 10,000 are incandescent, which use more energy and are higher maintenance. Street lighting is a component of the safety framework and composed of regulations and safety infrastructure which makes up one third of the UL Technology safety index. Therefore it can be stated that an improvement in the street lighting infrastructure will cause an improvement in the safety index of a country.

The reasons for street lights being out are universal:

vandalism and theft of the lights or the copper wiring, wear and tear, weather related outages, and lack of maintenance.

The wealthier a community or an area of the city is, the likelihood of getting its lights repaired sooner are much higher than if it is in an area lower socioeconomic status, which tends to increase the social disparities present in a particular society.

Our project utilizes the following technology:

The GROVE STARING KIT Arduino component to detect when a lights bulb goes out by way of sensors on each light fixture. That information gets transmitted to the Intel NUC Kit gateway which is an intermediary between Arduino and the cloud.

Subsequently we use Amazon IOT Alexa to query the data base created in the cloud for lights that are malfunctioning.

Real time reporting is applicable to address this hazard.

1 project • 1 follower
I enjoy solving problems by creating appropriate solutions and not developing a solution and waiting for a problem to solve.
ContactContact