AWS-IOT provides server-side state management for applications where the device is asleep most of the time, e.g. battery powered.

AWS-IOT provides server-side state management for applications where the device is asleep most of the time, e.g. battery powered. 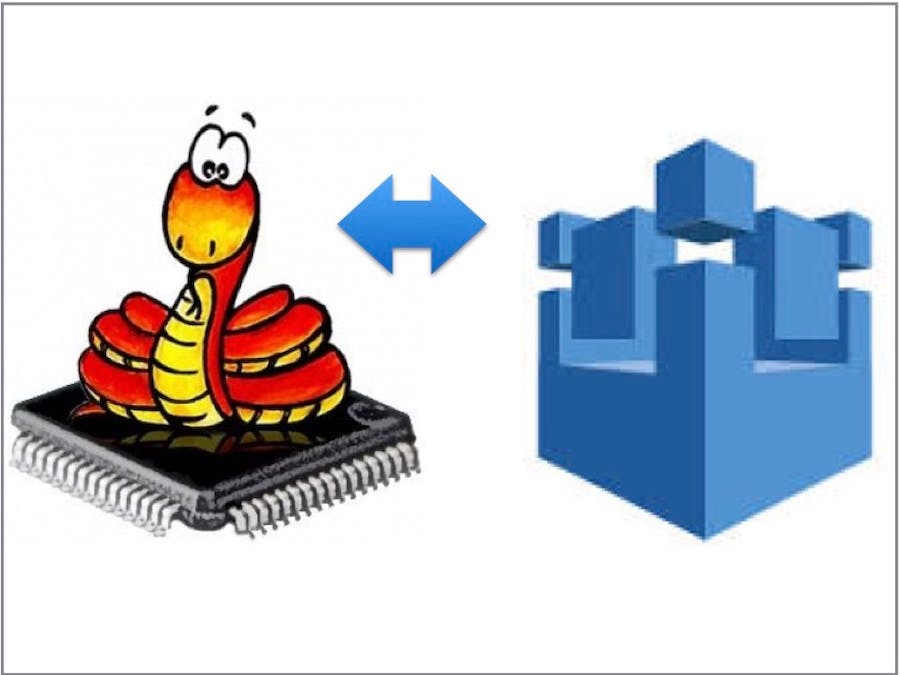 The objective is to show a method to exchange state information between a device running micropython and AWS-IoT. The use case is an IoT application where the device sleeps in low-power mode most of the time and upon wake-up retrieves commands/state from the cloud/server. A motorized window treatment that uses a low-power + WiFi processor to control a motor and position a shade is an example. It wakes up and connects to a server every few minutes; it retrieves the desired window treatment position from the server. If the desired position is different than the current position, the processor controls the motor to move the shade to the desired position.

AWS-IoT services provide a stateful entity called 'thingShadow' which maintains a desired and reported state data dictionary. A device can retrieve the state from AWS-IoT when it wakes up. Clients can change the desired state using Amazon's API. Other Amazon services (Cognito, Lamda Functions, data stores) can be employed to add features like authentication, authorization and logging.

The thingShadow state is persisted in the Amazon cloud. It benefits from the Amazon infrastructure - it is highly available and is preserved through software updates. It has metadata for versioning and timestamping, so message duplication can be handled to avoid performing commands twice.

AWS-IOT can be accessed using either MQTT or REST. This example uses REST to do a simple GET and POST. REST was used instead of MQTT because the connection is lost when the device is sleeping.

For authorization, the AWS REST API requires an authorization header which includes a computed signature; the signature is a hash of keys obtained from AWS, plus timestamp and URI. The repository, aws-signature-iot-python provides this code. It was coded to run on micropython using minimal resources. The boto SDK was to large to run on an ESP.

The device behavior can be controlled by editing the 'desired' values in the AWS-IoT thingShadow state:

This example has 4 configuration variables:

The device can report additional state information, such as environmental conditions, battery state or other operational parameters. AWS DB or logging services can be used to store state change histories using the thingShadow metadata.

The control flow is as follows:

microPython was used instead of C++ because of its portability and ease of use. It allows running/debugging the non-hardware specific code on a development machine running OSX, Linux, etc.

Device Preparation for a Unix device

Device Preparation for an ESP8266 or ESP32

The target for this software is the ESP family of devices (8266, ESP32) because of their very low price and micropython is readily available/supported. However, all the modules except for the signal_things are hardware agnostic, which allows for debug/experimentation on a unix-like PC (linux or OSX). The intention is the child thing adds the device specific functionality; the signal_thing_esp8266 code can be used as a starting point.

The code provides a test infrastructure to easily add tests, as demonstrated by the _test_child code in the signal_thing_unix module. For example, tests for device-specific environmental sensors can be added.

The signal_thing_unix code should run on a linux platform, but I did not test it.

There are 2 additional functions that need to be added to make this infrastructure production ready: