It's a clicker game but it's for Alexa and it's voice controlled.

It's a clicker game but it's for Alexa and it's voice controlled. 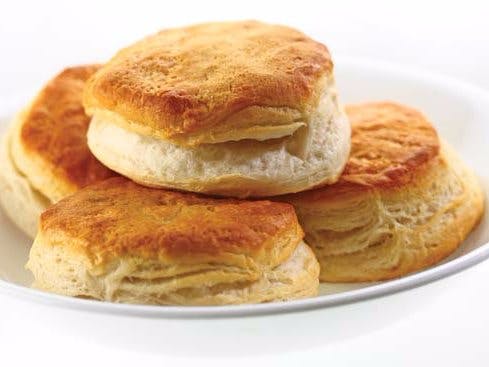 Ever since I started making Alexa skills I've been thinking about making a simple voice controlled "clicker" game like Cookie Clicker or A Dark Room for Alexa. Last week I drank too much coffee and had a few hours to play around with and so I went ahead and made this game.

What Is This Even

Poke the Biscuit is a clicker game. A clicker game is a game where there's a thing (a cookie, a monster, a link in a text description) that you click on repeatedly. Every time you click on the thing. When you click the thing, you get a resource like a cookie or a piece of gold. You keep clicking the thing to get more resources. In some games like A Dark Room a narrative unfolds as you accumulate resources. In some games you just keep getting more things and get a higher score.

Poke the Biscuit is one where you just get a higher score.

VUI Diagram for Poke the Biscuit

First, no matter how the user opens the skill (either by launching it normally by saying "open Poke the Biscuit" or giving it a command like "ask Poke the Biscuit to poke the biscuit" it goes to the initial launch logic which initializes the game and welcomes the player.

The game is pretty simple. Whenever the user pokes the biscuit Alexa says something like "you poked the biscuit" or about 30 other random, similar, responses, and then tells the user how many times they have poked the biscuit and whether their special is ready yet.

The user can also check their current status without poking the biscuit by asking Alexa how many times they have poked the biscuit.

if the user ever needs help, the standard Amazon Help intent is there to intercept all help requests. Alexa then explains all five of these voice commands and the point of the game to the user. All reprompts explain to the user that they can use help to summon for help.

The standard Amazon Stop intent lets the user stop poking. Before shutting down the skill, Alexa tells the user their score.

One of the fun thinks about a clicker is how you can mercilessly click on the thing repeatedly and get rewarded for it. A voice interface dramatically slows it down, which means that it's probably much more suited for narrative driven mechanics than frantic keep-clicking mechanics. Or perhaps an idle-based mechanic where you periodically ask Alexa to build some stuff for you and keep the interaction minimum.

And when I make that next game I will probably finally learn to implement a save feature on DynamoDB. Until then, enjoy mindlessly poking the biscuit. I will say that it is a lot more fun when you play it with a friend or seven over and possibly while drinking wine.

Oh Yeah How Do I Play This Thing?

It's available on both the US and the UK Amazon Alexa Skills Store. The UK version is literally completely the same except its icon is a proper biscuit as opposed to one of those weird flaky American biscuits that we smother gravy on.