An IoT platform based on the ATmega328p designed to acquire data using industrial standard 4-20mA sensors and MODBUS protocol.

An IoT platform based on the ATmega328p designed to acquire data using industrial standard 4-20mA sensors and MODBUS protocol. 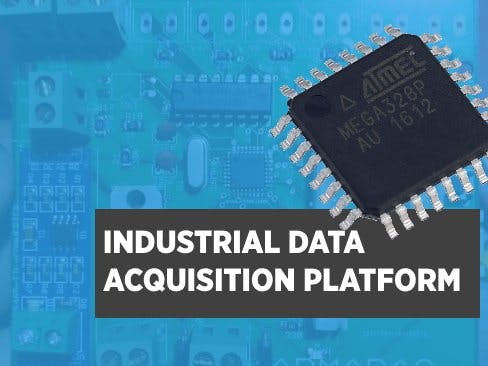 The ARMADAS project was born with the need of creating an inexpensive alternative to PLCs ( Programmable Logic Controllers ) for factory data acquisition. PLCs have been the industrial standard for quite a while, but they are costly and require more expensive add-on modules.

The data acquired through the ARMADAS project are not mission critical readings. These readings are mainly used for OEE (Operating Equipment Effectiveness) which provide managerial staff information about the performance of the factory floor. Thus, the project was designed with minimal cost in mind, at the expense of reliability. But each board only costs around $5, which means that they can be replaced a hundred times over for the price of a PLC.

This project was tested and monitored for a couple of months at a factory floor. With the ARMADAS project, we hope to improve the energy management, remote monitoring and predictive maintenance of the factory.

The types of inputs that had to be acquired from the factory floor were first identified.

Then a method of transmitting the obtained values to a centralized server was developed. Two technologies were used.

The block diagram illustrates all the key stages of the data acquisition process.

The central server was an AWS EC2 Instance, with a Mosquitto (MQTT) broker and a NodeJS script to display data on a web dashboard. Another application was developed using Visual Studio to visualize the data locally. (Data sent through RF was sent to a master RF device at the factory which had access to the internet).

Two PCBs were created for this project. One was designed around the popular ATmega328P-AU IC, and the other was for an ESP32-NodeMCU. Both of these PCBs have the following features.

The PCB designed for the ATmega328P-AU is shown below.

The other PCB designed for the NodeMCU is shown below.

The programming was done using the Arduino Web Editor and Arduino IDE. **Codes are attached. (Special thanks to Doc Walker https://github.com/4-20ma ) for the ModbusMaster Arduino Library. The functions performed by the two boards are different to each other this they will be explained seperately.

This board was mainly used to acquire and transmit data over RF. One board was connected to a computer using a FTDI and was setup as the Master. All other boards were connected to different sensors in the factory floor and set up as slaves. At the request of the master, all other slaves would send the requested data. The master requests from each slave every 5 seconds. After the master receives the data it pushes it over serial to the computer, where a program written using Visual Studio displays it. This data is also pushed into a MQTT broker running at an AWS EC2 Instance.

Digital Inputs (pulse inputs) were obtained through an optocoupler since industrial signals run at 12-24V. 4-20ma inputs were obtained by sending the current through a 330 Ohm resistor and measuring the voltage. This was measured through a 4051N analog multiplexer to reduce the pin usage of the atmega. Some industrial devices connected at the factory are,

When obtaining 4-20ma readings, it is necessary to obtain two known readings at the far ends of the range in order to determine the gradient and intercept of the voltage vs ADC value graph.

The above two pictures show the test bench prepared in order to evaluate the effectiveness of the project.

A SIM900 GSM module was connected to the master device in order to send requested readings via text.

This board was connected to,

The data gathered over MODBUS was directly sent to the MQTT broker.

The server backend consisted of a simple nodejs script to subscribe to different topics in the mqtt broker and visualize them.

It is apparent that Arduino based devices are a perfect alternative to PLCs for non mission critical tasks. If they are designed with appropriate filters and protection circuits, they can also be incorporated into critical tasks as well in the future. These devices were left to run in a factory environment for more than 2 months without running into any issues. The relative ease of programming using the Arduino Web Editor and the Arduino IDE, and the plethora of libraries and tutorials available made the development of this project a reality. 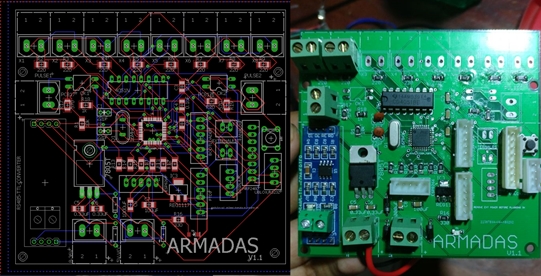